10 Things to do in Brittany 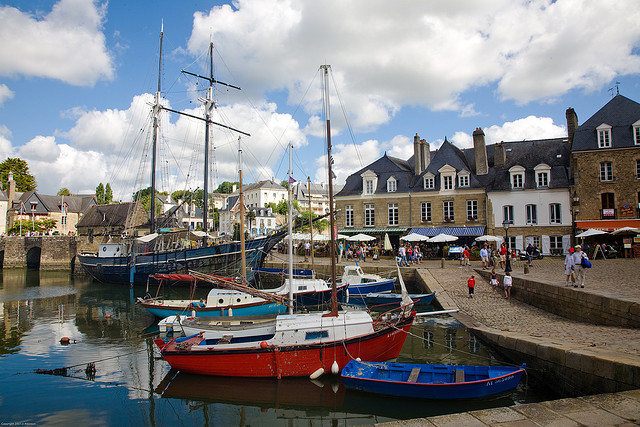 The waters off Brittany are positively littered with tiny, adorable islands that make great day trips from many cities in the region. Have lunch at one of Île de Sein’s two restaurants; visit the shipwreck museum on Île Molène; rent a bike and ride around Île de Batz; gawk at the 15th century homes on Île-d’Arz; or sneak in and out of the chapels on Île aux Moines.
>>Check out how to visit Belle-île: Brittany’s Largest Island 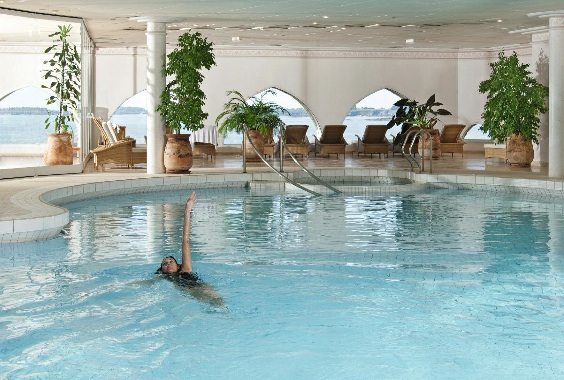 2. Get a Thalassotherapy spa treatment.

You know those “waters” I just talked about? They’re the main component in Thalassotherapy, which uses sea water, marine mud, seaweed and such to make you feel fantastic. Brittany is the best region for Thalassotherapy – after all, it’s sticking out in the sea, they’ve got plenty of it – which means you don’t have to stick to Paris or the French Riviera in order to get your high-end spa on.
Royal-Thalasso Barrière 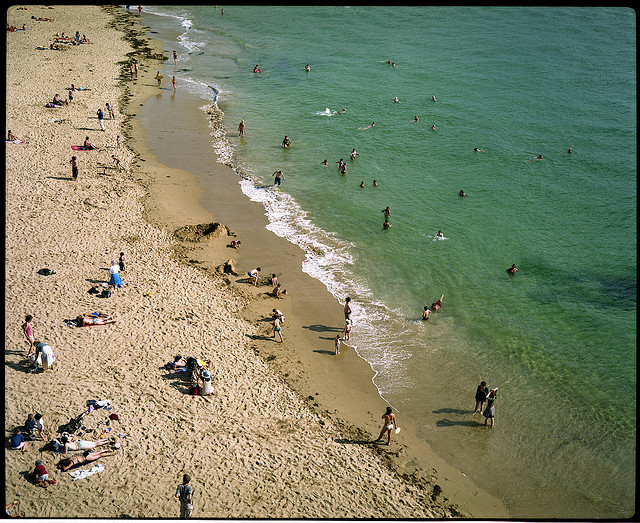 Yep, back to the sea again for another fun thing to do in Brittany. While the water doesn’t get as bathtub-warm as the Mediterranean, it’s crystal clear and the beaches are some of the most pristine in all of Europe. And unlike the more swanky parts of France, there’s a no-nonsense vibe that is absolutely addictive (and a great break from fast-paced Paris). Think more Cape Cod than South Beach.
>> Brittany has some of the best beaches in France! True story. 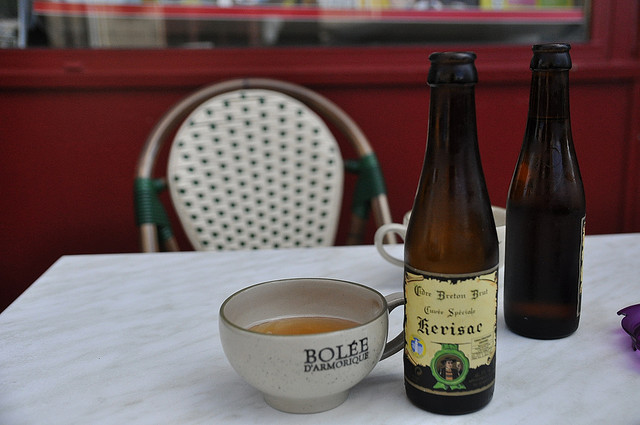 Normandy’s Cider Route maybe better known, but that doesn’t mean it’s necessarily better than the one in Brittany. If you’ve ever wanted to drink alcohol out of a ginormous tea cup in unbelievably beautiful settings, get a car and spend some overnight road trips (because you can’t drink and drive!) and discover the interesting history and wide variety of cider in this region of France.
>>Yum! Learn more about drinking in France. 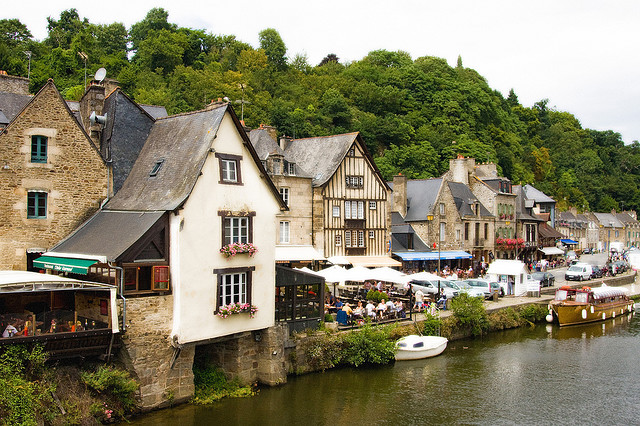 Poor Rance River. It doesn’t get the fame it deserves, and it really should. There are all of these magical and hidden little nooks and crannies that can only be seen from the river, and it should definitely be a part of your Brittany itinerary. Dinan is a good starting point for these tours.
>>You can also take a barge vacation on Brittany’s canals. 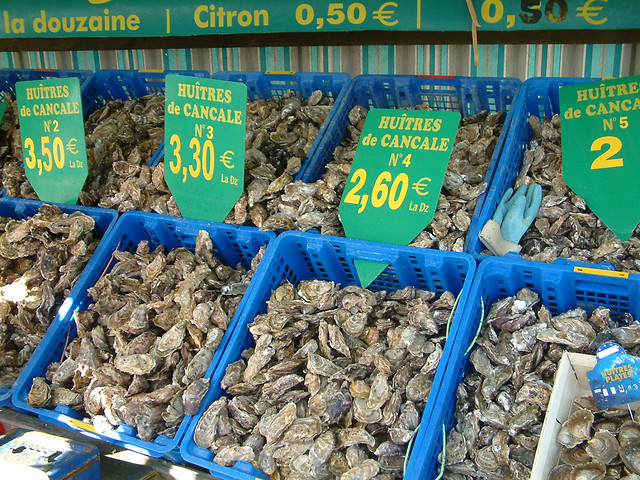 You think you’ve eaten oysters before? Nay, my friend. Nay. Cancale, located on the Bay of Saint-Michel, seems to exist solely to feed you delicious oysters. The town’s waterfront is lined with restaurants and bars that serve you surprisingly inexpensive dishes of oysters, and other seafood, which you can wash down with white wine as you watch the absurdly extreme tide roll in or out. If you’re even anywhere near Cancale, get there and spend an afternoon doing just that.
>>Get a load of all the other delicious things to eat in Brittany. 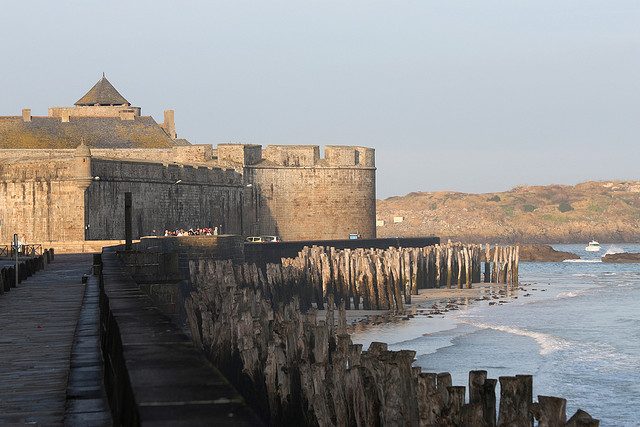 I first saw this walled city from a distance, while driving from seeing Mont St-Michel for the first time, and it still blew me away. While a lovely destination in its own right, it’s large enough to be a base for traveling throughout the St-Michel Bay area.
>>Find out how to get from Paris to Saint-Malo. 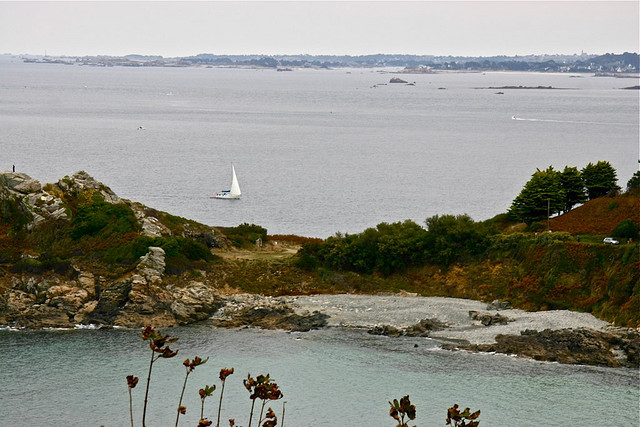 8. Go hiking along the coast.

The French are serious about their hiking, individually and as a country. With more than a thousand miles of coastline and seven national parks, Brittany has no dearth of places to set your boots and start walking. The Institut Géographique National (IGN) provides hiking maps at tourist offices and bookshops (although they’re in French). 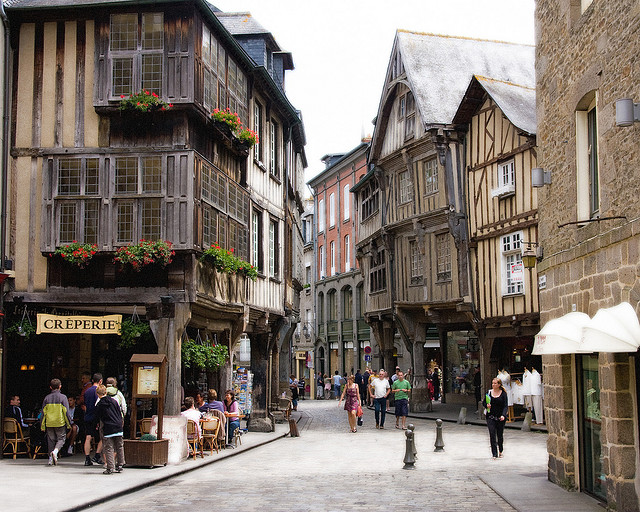 9. Die from the cute in Dinan.

Dinan may not look like much on a map, but this riverside walled city is faithfully preserved, pedestrian-friendly and pretty much the cutest thing ever. Make sure to walk up on the walls of the city, and head up to the newer part of town up on the hill for a panoramic view of the cute. 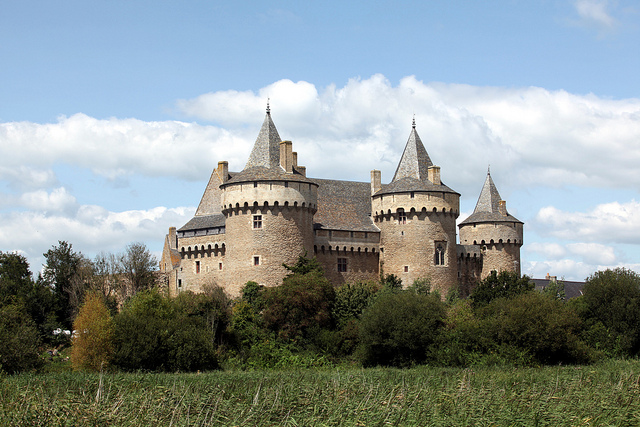 10. Check out some amazing castles.

While there are castles all over Brittany, the Morbihan province has the highest concentration of them, with a whopping 56. If I had to whittle that number down to the bare minimum, I’d say that Château de Largoët in Elven and Château de Suscinio in Sarzeau are good ones to hit. But really, they’re all pretty spectacular. And they’re not nearly as visited as the castles in the Loire Valley (mostly because of their location out in Brittany), so there’s a better chance of you being able to pretend like you actually live there.
Ready to plan your next trip to Brittany? Awesome! Here are some helpful links to get you started: