Bastille Day: Where and How to Celebrate the French National Holiday 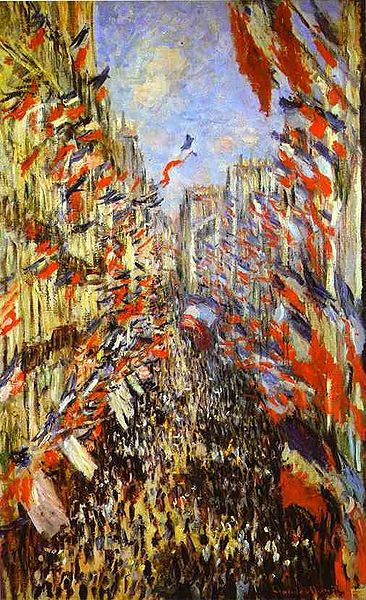 July 14 marks Bastille Day in France, which is the French National Holiday commemorating the storming of the Bastille in 1789 at the beginning of the French Revolution. The Bastille was a prison located in Paris’ 11th arrondissement, whose walls and imprisoned people represented the tyranny of the French monarchy and the arbitrary and absolute rule of King Louis XVI and the ancient regime. When hoards of French citizens stormed the prison and tore it down quite literally brick by brick, they captured a major symbol of the monarchy and proved that the King’s more was no longer absolute and that the French people had declared a revolution in favor of a government limited by the separation of powers. It was also from this movement that the tri-colored French flag, which represents the Republic’s three ideals—liberty, quality and fraternity—first appeared.
Although there were only 7 prisoners housed in the Bastille when French mobs tore it down, the storming of the prison became an immensely important symbolic event in the French Revolution as citizens fought to end the long rule of the French absolute monarchy in favor of a government and came to represent the end of the Ancient regime and the creation of a new sovereign nation (although Bastille Day was not declared a national holiday until almost 100 years later in 1880). Much like Independence Day in the United States is celebrated on July 4, the day the Declaration of Independence was signed at the beginning of the Revolutionary War, Bastille day also marks the symbolic end of the monarchy and the creation of a new form of government.

Wherever you may find yourself in France on July 14, from the streets of Paris to a tiny village in the Pyrenees, you are sure to find celebrations in honor of the French National Holiday. Fireworks, parades, and feasts happen all around the country, so rest assured even if you can’t make it to Paris for the Bastille Day parade, you are sure to find yourself celebrating the storming of the Bastille and probably singing the French national anthem, La Marseillaise.
Paris—Those looking to celebrate Bastille Day with the most pomp should for sure head to the Champs Elysees in Paris, where there is a huge military parade celebrating the holiday. The street is lined with blue, white and red decorations, there are many floats and bands in the parade and fighter jets fly past the Arc de Triomphe in formation. The President leads the march from the Arc de Triomphe to Place de la Concorde. In the evening hours, head down to the Trocadero and snag a spot on the Champs-de-Mars in front of the Eiffel Tower to watch fireworks. Many bars and clubs also host special Bastille day celebrations around the city.

>>Read more about free Bastille Day celebrations in Paris
Toulouse—This southern French city celebrates the Fete National like many other cities and villages around France with parades, plenty of decorations on bleu, blanc et rouge and fireworks.
Annecy—This small town in the French Alps was not only my home for a summer, but also remains one of my favorite places in France (and the world for that matter). The spectacular lake backdrop surrounded by the French Alps makes for an exceptionally beautiful fireworks display on July 14.
Carcassonne—This medieval walled city in southwestern France celebrates the Festival de la Cite throughout the month of July, which includes many music and theatre performances. Bastille Day celebrations run alongside the Festival of the Cité, The and features over free entry to theatre, French pop, jazz and world music gigs. A superb mélange of genres and venues – visitors can really get a feel for the breadth and passion of contemporary French culture. Once the sun has set, the medieval Cité is literally fired up with the most incredible fireworks display. The legendary display (in part a commemoration of the original burning of the Cité in 1898) is one of the largest in Europe—lasting 25 minutes and culminating in 1200 charges detonated over the 600 metres of the Cité’s facade in just 6 seconds. But visitors beware – with over 700,000 spectators Carcassonne gets very, very busy. It’s best to be in Carcassonne already during the day – pack a picnic, set yourself up on the banks of the River Aude and wait for the show to start.

If you can’t make it to France in July, there are plenty of celebrations that take place around the United States celebrating Bastille Day.
New York City—It is no surprise that New York has the largest Bastille Day celebration in the U.S. On July 14, there is a parade and fair on 60th Street from 5th to Lexington Avenue where revelers can sample French cuisine and eat en plein air at tables with the substantial French-American community. There is also a petanque competition, a Tour de France cycling center at the New York Health and Raquet club and wine and cheese sampling.
>>For more information on celebrating Bastille Day in NYC, visit bastilledaynyc.com
San Francisco—If you find yourself on the West Coast on July 14, San Francisco also has a large celebration in honor of Bastille Day in the historic French quarter. One of the largest Bastille Day street celebrations in the whole country, Francophiles start celebrating at noon replete with music, refreshments and live performances. Of course being San Francisco, there will be no shortage of colorful characters, costumes and decorations.
Philadelphia—Philadelphia is home to one of the more unique U.S. Bastille Day celebrations, which is held at the Eastern State Penitentiary in a reenactment of the storming of the Bastille—complete with a Marie Antoinette yelling “let them eat Tastykake” and the locally-made pastries being thrown at the “Parisian militia” at the event.
Milwaukee—You might not first think of the Midwest as home to one of the biggest Bastille Day celebrations in the country, but this Wisconsin city celebrates the French National Holiday with a giant 4-day Parisian themed celebration. East Town is blocked off and the square is filled with French festivities–French food, French wine, street performers, artists, roaming minstrels, storming of the Bastille and a 5K run. The annual Storming of the Bastille involves thousands of festival goers reenacting the historic event. There is also stage entertainment in the park, which features an eclectic mix of Cajun, blues, reggae, folk music, rock, and jazz. Four stages feature performers for entertainment that runs non-stop. Local chefs demonstrate cooking techniques, as they prepare French cuisine in the park.
Minneapolis—Apparently Midwesterners love to celebrate the French National Holiday, and July 14 in Minneapolis brings a celebration in uptown that includes wine, French food, delicious French pastries, a flea market and circus performers and bands.
Seattle—For those in the Pacific Northwest, Seattle also hosts a large celebration in honor of France’s independence days at the Seattle Center, which includes sampling of French food and wine, picnics on the lawn, live performances and shopping at mimic French “boutiques.”