The France Beaujolais Nouveau Festival: Get Your Grape On 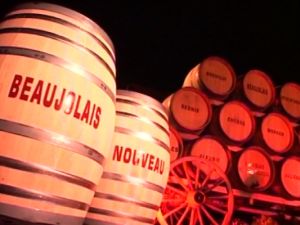 At the stroke of midnight on the third Thursday of every November, France erupts in massive celebration in honor of the unveiling (or should we say uncorking) of a new wine. The 2011 Beaujolais Nouveau festivities in France will kick off in the wee hours of November 17, making this a great time to visit anywhere in the country that has a bar. Meaning, anywhere in the country.
Beaujolais Nouveau is a six-week-old wine that comes from Beaujolais area of Bourgogne (Burgundy) in France. French culture practically dictates that the light-bodied and fruity wine must be finished by Christmastime, and the French government has put regulations delaying the wine’s release until the third week in November. This means the arrival of the new Beaujolais is considered a nationwide event in France (though I think really the French just like an excuse to celebrate and drink wine). 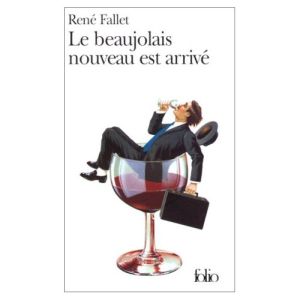 All over the country, grand traditions have developed in honor of the release of the Beaujolais, with the biggest festival taking place in Beaujeu, the capital of the Beaujolais province. This little city springs to life from the Wednesday before through Saturday – as all parties should – when they host a massive party called Les Sarmentelles. The party gets its name from the French word for the grapevine cuttings, called sarments, which are burned in the center of town just prior to the grand midnight unveiling. Then the huge barrels are opened to much fanfare and partygoers indulge in the new wine for the festival’s three-day duration.
Other areas in France also boisterously celebrate the arrival of the Beaujolais Nouveau. Lyon hosts the Beaujolympiades (Beauj-olympics), marking the release of the wine with music and fireworks followed by two days of “sampling” the wine. In Paris, restaurants and bistros host their own Beaujolais Nouveau parties, staying open through the night after uncorking hundreds of bottles at midnight.
In most places, though, it’s common to have a celebratory lunch on Thursday afternoon at a restaurant that is offering the Beaujolais Nouveau, or hit the streets for a wine bar crawl as many bars have local snacks from saucisson to tartiflette to help the medicine go down.
Wherever you may be traveling in France, this is the perfect day to celebrate life, wine, and a grand French tradition. Has talking about all this wine made you thirsty for more? Check out this additional information, so you can sound way cool and educated on Beaujolais Day:
Wine Regions of France
A Guide to French Wine
Understanding the Four Categories of French Wine
Wine Tasting in France
French Wine Tasting Vacations
How to Make Vin Chaud
French Apéritifs