Best Beaches on the French Mediterranean 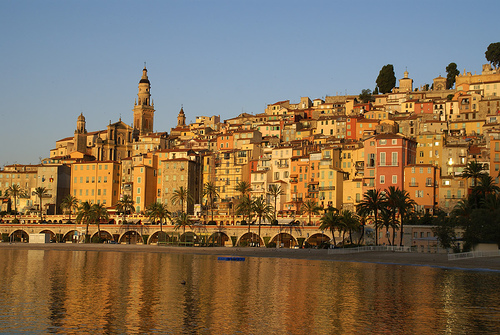 The beaches of the French Riviera and Languedoc have long been a vacation hot spot for international jet-setters and movie stars – and with good reason. With warm Mediterranean waters, beautiful seaside resort towns, plenty of sunshine and great beaches, it is no surprise that the South of France coastline is world-famous and one of the top vacation spots in France. 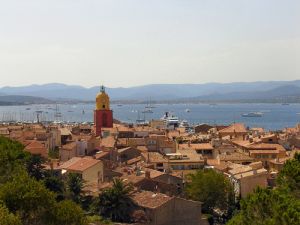 When you think of the French Mediterranean, you think of Saint-Tropez – beautiful women sunbathing, yachts, five-star hotels and very rich, very famous people. What was once a quaint seaside village and resort town is now overrun with vacationers during July and August in France (read: traffic jams and expensive hotel rooms).

While Saint-Tropez certainly can be worth checking out, it is not a must-see on my list of beaches to visit on the Mediterranean coast. However, strolling the port and checking out the rich folks dining aboard their yachts can certainly be an interesting cultural experience. It is also important to keep in mind that this city became a playground to the rich and famous for a reason: Just like Aspen and other notorious luxury vacation spots, the scenery here is beautiful and the town is quite charming. 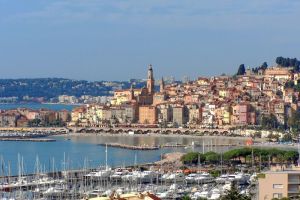 The last French city before the Italian border, Menton is a sunny, picturesque village located east of Monaco. Bordered by lush green gardens and lemon groves, the scenic little city is off most tourists’ radar despite its unique beauty. Menton’s pebbled beach is stunning enough to make up for not having smooth, white sand. The old town is charming and palm-tree lined, and the harbor is marked by sailboat masts.

Because Menton gets remarkably fewer tourists than many higher-traffic destinations along the Côte d’Azur (like Saint-Tropez), it tends to be less expensive and less crowded. Menton also enjoys surprisingly warm weather thanks to the steep surrounding hills, which trap warm air from the Mediterranean; it is said to have the highest temperatures on the coast. This micro-climate is what makes for perfect lemon-growing, and the city celebrates the bright yellow fruit every year during the Fête du Citron® (Lemon Festival) in February. 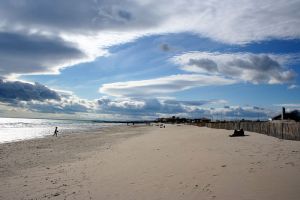 Although I didn’t find the seaside town of Carnon to be especially charming (like a few other cities along this stretch of coastline, Carnon features legions of garish pink apartment buildings and tacky souvenir shops), there is a great beach located not far from this city. Situated between La Grande Motte and Carnon is a flat, long strip of beach called Le Petit Travers. As the nicest beach near Montpelier, this area can get crowded in the summer months – though in the winter you will still see many locals jogging and walking their dogs here.

While Le Petit Travers is certainly not laden with amenities, it does offer on-beach restaurants and night clubs between May and September; though with Montpelier so close, you are probably better off heading into the lively student city for a night out than sticking near this beach. 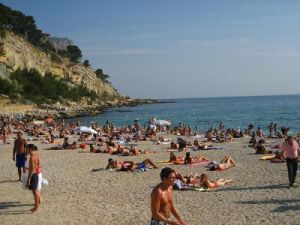 Not to be confused with Crème de Cassis, a specialty liqueur made from black currants, Cassis is a picturesque port town located not far from Marseille. Although not nearly as famous as its Riviera neighbors, Cassis is just as delightful as Saint-Tropez with an equally beautiful town and a beach defined by white cliffs and sheltered inlets called calanques.

Cassis has a beautiful port where Provençal pastel-colored buildings face the sunny skies and sea. Cassis was actually an older port city known for hauling in big loads of fish, but today the harbor hosts mostly leisure vessels. Sit in the shadow of the dramatic white cliffs dripping into the blue Mediterranean waters, and you’ll quickly realize you have found your new favorite spot in France. 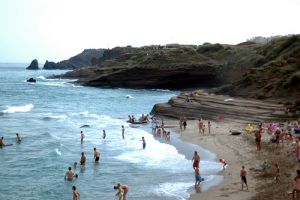 If you are looking for nude beaches in France, than heading to Cap d’Agde isn’t a bad idea. Although there is a lovely public (non-nude) beach and a popular resort town here, there is also a Village Naturiste located on the north-eastern edge of town. Sometimes referred to as the “Naked City,” nudity is legal and common throughout the entire resort – including in its restaurants, shops and beaches.

Over the years, Cap d’Agde has actually become one of the most famous naturist resorts in the world, and many flock here each year to let it all hang out and work on their all body tan on the French Riviera. While you don’t necessarily have to spend your time naked at this lovely beach, at least you know you have the option. 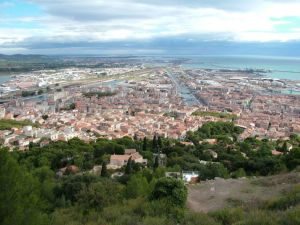 Sometimes referred to as the “Venice of Languedoc,” this seaside resort town is the eastern starting point of the Canal du Midi, one of France’s many canals popular with barge vacation enthusiasts. Laced with canals and built around Mont St. Clair, Sète is a great beach destination for any traveler looking for sand and culture.

Sète is located just 26 km from Montpellier and is also known as France’s second-largest Mediterranean fishing and commercial port after Marseille. However, while many of the cities in southern France have Roman influences and ancient Medieval buildings, Sète is a relatively modern French city. Built by Louis XIV, Sète quickly grew as the ports at Aigue-Mortes and Narbonne were moved inland by silt deposits. With pristine beaches, beautiful canals, tons of outdoor cafés and delicious seafood, Sète is definitely a worthwhile place to visit. 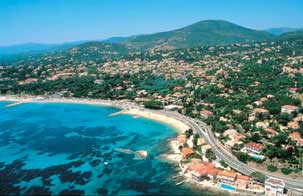 Located on the gulf of Saint-Tropez, Sainte-Maxime is a beautiful beach resort town that is much more laid back and subdued than its glamorous neighbor. The beach here has also received a Blue Flag rating, meaning it has met stringent quality ecological standards. There is also a convenient ferry service to Saint-Tropez for those who prefer a quieter place to stay but still want to check out what the scene next door. 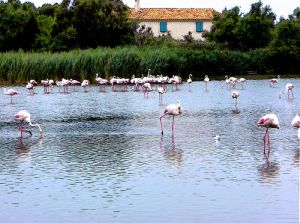 You probably didn’t think flamingos lived in France, but this beach area located south of Arles is home to more than 400 species of birds, including the flamingo. This protected area (called the Bouches-du-Rhône) is Europe’s largest river delta and is a vast plane of brine lagoons (étangs), marshes and home all manner of flora and fauna. You could easily spend a day bike riding, horseback riding or renting a jeep and exploring this massive nature preserve.

There are also some lovely expanses of beach to be found in this area that are far away from any boardwalk shops, hotels and people. In fact, Espiguette Beach is said to be Europe’s longest beach!