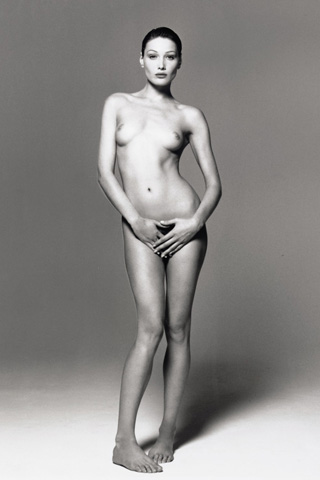 Loving to Hate Her

She’s the type of woman you love to hate (or maybe more accurately, I should say she’s the type of woman I love to hate). She’s beautiful, she’s elegant, she’s well educated, she speaks 3 languages, she’s talented and she’s married to the President of France. Oh, and she looks really good naked. $91,000 good, apparently, as that’s what this topless photo of hers recently auctioned for out of Christie’s in New York. I mean, the woman has clearly got it going on. Damn her.

Romance with the French President

The French President’s love life fired up the pages of the tabloids recently when photos turned up of him and his new girlfriend, former model and singer Carla Bruni, gallivanting on beaches, taking day trips to EuroDisney and visiting the pyramids appeared all over the international press. Even the French, who are notoriously much more “anything goes” when it comes to affairs and romantic entanglements than the often prudish Americans, were fascinated and a little horrified that their President, Nicholas Sarkozy, was divorcing his wife and having a whirlwind romance with a super model.

Who is this Bruni, anyways?

For the French, extra-marital affairs are almost expected. I mean, this is a people who had kings openly give castles to their mistresses and scoffed at Americans for making a big deal out of the Monica Lewinsky scandal in the United States. I mean, in France, you see boobs all over the television, sexuality is a relatively open subject and former French President Francois Mitterand’s mistress and wife stood side by side at his funeral in 1996. But people weren’t so sure how they felt about this affair being conducted so publicly. And, was this model and singer really qualified to be the first lady of France? Especially when a nude photo of Bruni auctioned for $91,000 out of Chrsities auction house in New York, some were worried that the model didn’t embody the makings of a first lady. Add to the mix Sarkozy’s ex-wife (who he left for Bruni) seen looking demure and oh so Jackie Kennedy-esque and people were bound to talk. Who is this Carla Bruni anyways? Is she the “French Diana” or she simply a husband stealing woman in search of fame and power?

The fact of the matter is that no matter how much you want to push aside this super model, who once dated Eric Clapton, Mick Jagger and former French Prime Minister Laurent Fabius, and think of her as unintelligent, it just isn’t the case. Carla Bruni is not only intelligent and well educated, she speaks three languages and she also comes from a great deal of money as the heiress to an Italian tire manufacturing company. Bruni is a naturalized French citizen, but is Italian by birth. Her parents moved from Italy to France in 1973 to distance themselves from a Marxist-Leninist group in Italy called the Red Brigade, who were responsible for some high profile kidnappings at the time. Her parents, who are a concert pianist and industrialist and classic composer, made sure Bruni attended the best boarding schools in Switzerland. She also studied art and architecture in Paris for some time before she dropped out and signed with City Models at 19, at which point her modeling career quickly took off. Bruni appeared in major campaigns for all of the major fashion houses. She also managed to record a couple of chart topping records and won a French equivalent to a Grammy. Hate her more now?

Carla Bruni and President Sarkozy started their romance after meeting at a dinner party in November 2007. By February 2008 the couple was married at Elysee Palace in Paris. Since then, the new wife of the French President has been impressing royals in England and meeting with heads of state from around the world. The French are certainly starting to warm up to her, proving once again that when it comes to sex and romance, the French tend to keep a much more open mind than the Americans.

To see this photo which sold at Christie’s for $91,000, visit the Judy Pink Memoirs blog.