Cheaper airfares and great hotel deals in France this summer 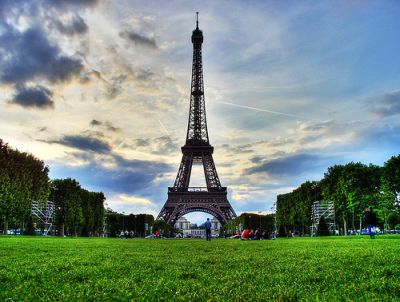 While summer trips to France were an integral part of my childhood, I have not returned to France in the summer since the days when a) I was still in school and summer meant 3 months of zero responsibility bliss and b) my parents were still buying the tickets. As the years have passed, things have changed—leaving me with more flexibility in deciding my travel schedule, but also making me realize I cannot afford to go to France in the summer anymore. However, the shitty economy has apparently changed some of that.

While I would still probably opt for a French vacation in September or October, those looking to head to France this summer are in luck. The poor economy has definitely hit the travel industry, and as a result, airfares and hotel rates are way down from last year. While scoring a deal on cheap tickets to Paris in the summer last year would have been nearly impossible, this year that isn’t so much the case.

Not only are fares in general down, but as Time Magazine recently reported, many folks in the travel industry are offering too-good-to-be-true deals during “flash sales” that last anywhere from 15 minutes to a few days and offer unbelievably good deals on flights and airfare. In fact, STA recently sold off a limited number of $30 round-trip tickets to Paris for the first 20 customers to claim them. And no, you didn’t read that wrong—STA really did sell a handful of tickets for $30.

For those who do take advantage of some of the great deals on airfare to France, you will also spend a whole lot less money once you arrive. With the dollar making a comeback against the Euro, the exchange rate is a whole lot more favorable for Americans looking to do European vacations this summer.

Luckily, airlines are also not the only ones offering up great deals to encourage travelers. Hotels are also giving away free nights and big discounts to encourage people to hit the road this summer and come to France. With the low airfares and better exchange rate, Europe is even possible on a super tight budget. By staying in the hostels in Paris or finding cheap Paris hotels, you can easily shave even more money off the cost of your trip (which in my case means more money for French pastries, French wine and eating in France).