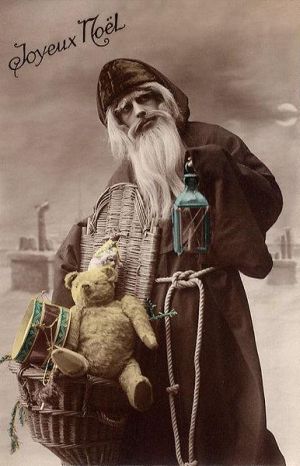 While the pageantry of Christmas leading up to the holiday is festive and extensive and there are a lot of Christmas-related activities during December in France, what with the numerous adorable Christmas markets, extensive decorations and lights everywhere, Christmas is typically a very family orientated holiday and December 25 is often an uncommonly quiet day throughout France. There is a certain air of peaceful serenity and relaxation that seems to descend over France on Christmas Day.
Maybe you’ve got a trip to France planned this Christmas season, or maybe you would just like to infuse your holiday with some French tradition; whatever your reason, bringing a little bit of France to your Christmas festivities is sure not to disappoint. Whether you’ll be spending this Christmas in Paris (with the beautiful lights, skating rinks and decorated Galleries Lafayette) or in a small village in the south of France, there are plenty of ways to brighten your Christmas with some French tradition. If you are looking for the perfect gift for the Francophile in your life, you can also check out the France Gift Guide, which has almost 40 great gift ideas for the Francophile in your life (or maybe even a few things to add to your own list!).

As an almost all-Catholic country, for generations it was traditional for French families to attend a midnight Mass at the local church or cathedral on Christmas Eve. After mass, families would gather for a long meal in the wee hours of Christmas morning called the Réveillon, which comes from the French verb meaning to wake (as the meal is eaten shortly after midnight). While the number of people who attend the midnight Mass has decreased in recent years, the number of people celebrating by eating the Réveillon has not waned. Plus, what could be better than a late night meal that lasts until the early morning hours? Nothing, that’s what.
Besides the delicious foods you’ll find in France during the holiday season, there are also some traditions unique to France. Rather than setting out stockings for Santa Claus (or Père Noël, as he’s known in France), French kids leave out their shoes, which are then filled with candy, cookies and other little goodies.
Christmas Foods in France 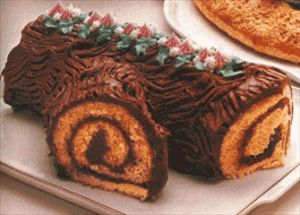 Keep in Mind…
It is important to remember that if you are booking a vacation to France over Christmas, *nothing* will be open on Christmas day, except for maybe one boulangerie. Unlike in the U.S., where you can frequently find grocery stores open with limited hours, EVERYTHING (and I mean EVERYTHING) shuts down on Christmas in France. This means if you are not invited into someone’s home for a Christmas meal, you should probably make dinner plans for that day in advance (yes, grocery stores and 99 percent of restaurants will be closed), and don’t plan on doing much other than strolling the parks or hanging out by the fire on this day.
The weather in France at Christmas:
While the weather outside will definitely be chilly, France tends to have fairly moderately mild winters. Of course, temperatures in the mountainous Alps regions will be particularly cold, but Paris tends to have temperatures in the 40s. If you want to stay warm and look styling, you can check out my post on what to wear in France in the winter.