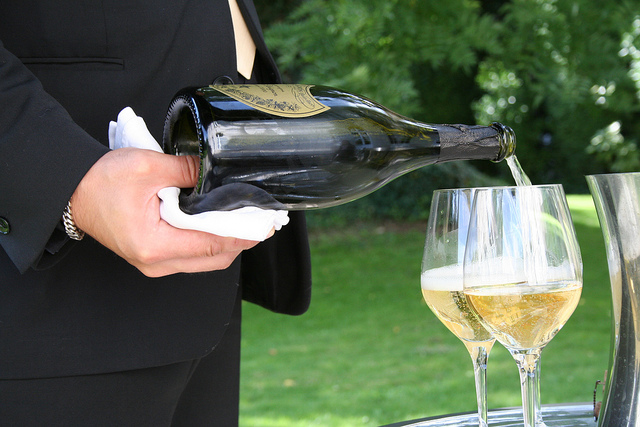 [Editor’s note: I’mma be making some seriously sweeping generalizations here. Bear with me; I do have a point. And lots of cool links at the bottom. And awesome photos.]
On the entire planet, France is second only to Luxembourg in per-capita wine consumption among adults (age 15+). And, let’s face it: Luxembourg is a teeny-tiny-toy country the size of my apartment. So, let’s just say France is number one. Vive la France!
Drinking in France isn’t a sport like it is in the UK, and there isn’t a stigma attached to consistent (read: daily) drinking like in the States. And although there is much similarity between France and Italy in this area – a glass of wine during dinner is practically obligatory, and people rarely turn down a digestif/digestivo – there’s something different and frankly, magical about the culture surrounding sitting down for a drink in France. 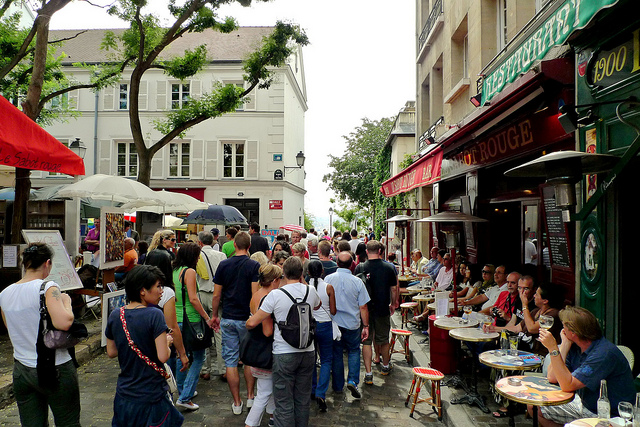 One of the big differences is the cafe culture in France. For the price of a drink – alcoholic or not – you can rent a table at an outdoor cafe in any town in France and watch the world go by for as long as you’d like. A lot of people think you can do this in Italy, but it’s not universally true there. Here in France, though, even the local bakery puts out a card table and a couple chairs they scrounged from the back room. 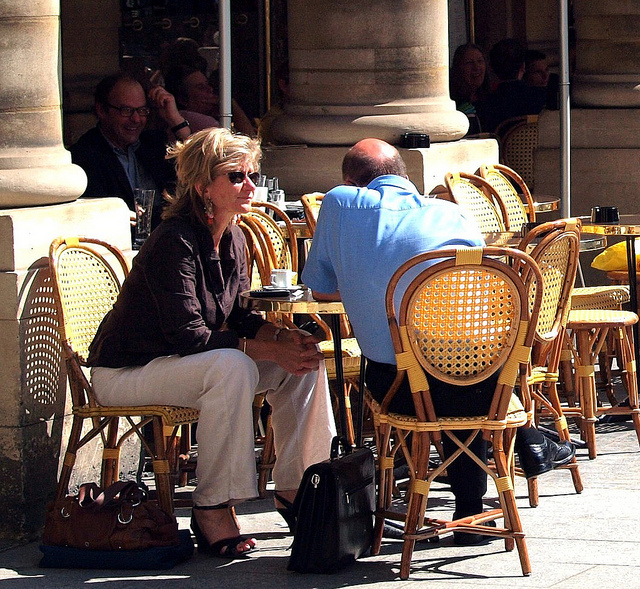 Another big difference, between Italy and France at least, is the social aspect. Italians socialize at meal times, or maybe a sneaky afternoon gelato. But when it comes to getting a coffee, they usually run out of the office, slam down an espresso while standing at a bar counter, smoke a cigarette, and then head back to work. In France, though, you see people all damn day huddled around tables in conversation. Honestly, I don’t know how they do it. And you’re much more likely to meet for drinks before dinner here than in Italy.
All this is to say that while in France, you’re pretty much always finding yourself with a cup, glass or bottle in your hand in your spare time. And if that spare time happens to fall after, oh, about 4 o’clock in the afternoon, then it’s pretty much a given that your cup, bottle or glass is going to contain at least some form of alcohol. 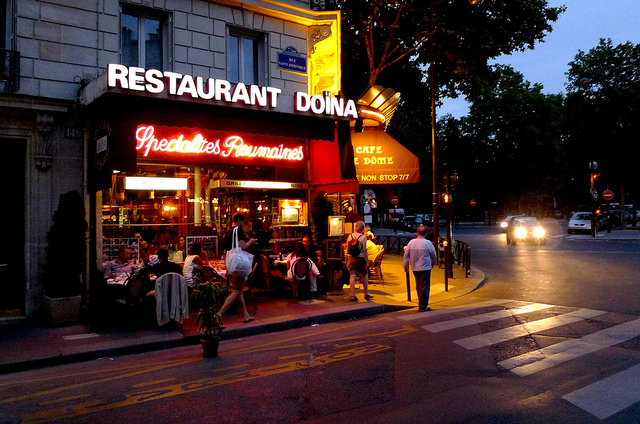 What you won’t find, though, are a bunch of drunks. Part of this is because they’ve built up an impressive tolerance, but also they don’t really go in for hard liquor or the fancy-dan cocktails that seem to be so popular in the States. The most they’ll do is a kir, which is Crème de Cassis and white wine, or a demi-pêche, which is a half-pint of beer flavored with peach syrup.
The rest of it is wine, wine and more wine. Different regions have their specialty – hard cider in Brittany and Normandy is a classic example – but other than Champagne, you’re going to be served the wine of whatever region you’re in at the time. And speaking of time, the season makes a difference as well – from the gris of summer to the Beaujolais Nouveau of fall and the vin chaud of winter.
But in France, wine is much more than something with which to wash down your meal. Waiters think nothing of patrons who order another entire bottle of wine after a full meal has been served, and wait patiently (yes, they do, no matter what you’ve heard) while those patrons sip its contents and discuss everything under the sun (or moon, as the case may be).
I’ve seen countless French people alone at a table, engrossed in a book, a half-liter of wine in a pichet in front of them. While the Italians have their passeggiata, or nightly stroll, the French find a place to sit, like a bench or a park, and share a bottle of wine with cups or glasses they’ve brought from home. And here in Montpellier at the Estivales, a festival on Friday nights in the summer, you get three glasses of wine from local vineyards – and the glass to take home with you – for €4. It’s simply a part of life here. 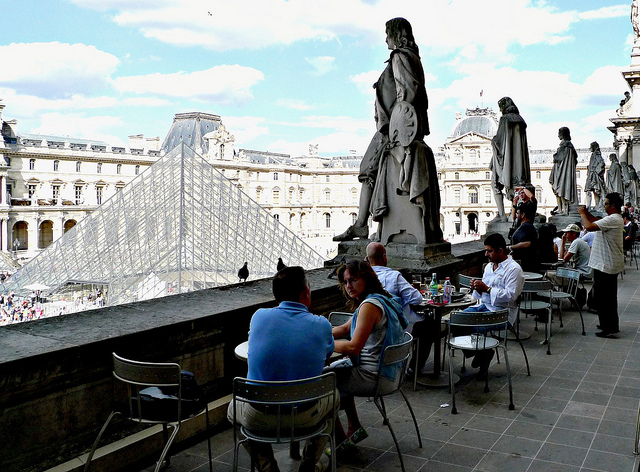 While you’re in France on vacation, I invite you to take a look around you at what, and how, others are drinking. And I also invite you to do it yourself! Even if you don’t want alcohol, taking the time out of your busy sightseeing schedule to enjoy something to drink is one of the quintessential French experiences.
OK, class, Philosophy of French Drinking 101 is in recess. There will be a test, so please feel free to peruse the helpful and educational links below. And below them, as a special treat, one of the most fantastic French cafe pictures I’ve ever seen – you gotta check it out! 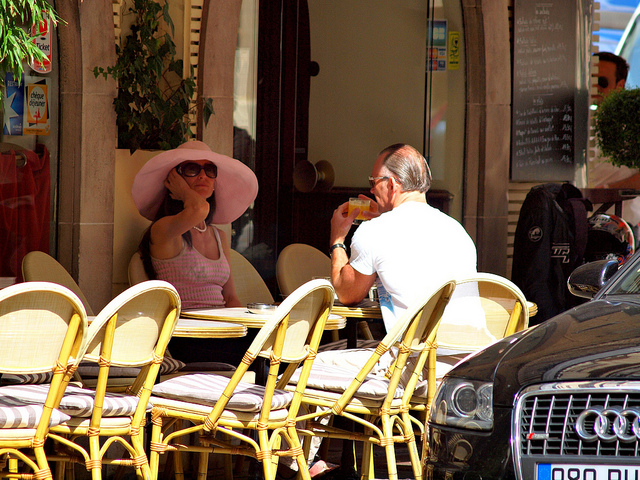