Easter in France: Traditions and Food 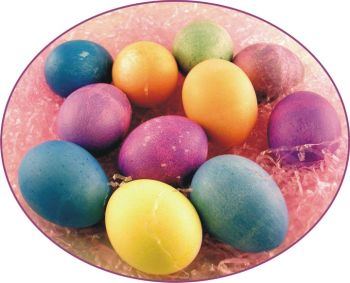 France being a Roman Catholic country, you could imagine that Easter is an important holiday for the French. In fact, schools in France often center their spring breaks around the holiday, and working French people get a three-day weekend in honor of the holiday. For those of us who may have skipped going to Mass the past couple of decades, Easter marks the death and resurrection of Jesus. However, Easter in France actually involves a whole string of holidays, which are all connected. In fact, Easter-related celebrations actually start weeks before as part of Carnaval and also include Mardi Gras, Ash Wednesday, Holy Thursday, Good Friday and then of course Easter Sunday, and a week’s worth of post-Easter holy days as well. Much like Christmas in France, it is celebrated en famille with big meals, Easter eggs, daytime outings and often a trip to Mass at least once over the Easter weekend. 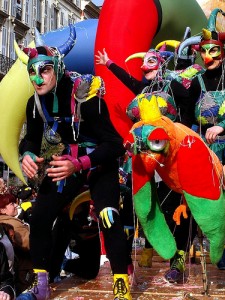 Mardi Gras Mardi Gras (Fat Tuesday) is celebrated the Tuesday before Ash Wednesday. Because this day also represents the last day before many in France give up some sort of pleasure for Lent, excess and debauchery in a final pre-Lenten blowout has become the standard way to celebrate this holiday. While Mardi Gras and Carnaval celebrations have become perhaps most famous in New Orleans and Rio de Janeiro, Nice was actually home to the first celebrations for Carnaval. In fact, Carnaval in Nice lasts almost two weeks and includes parades, fireworks, masked balls and plenty of ruckus and delightfully sinful activities and spectacles. 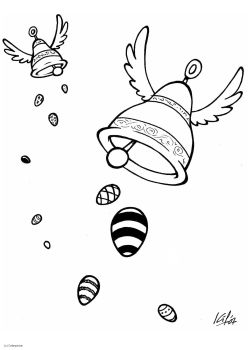 Silencing of the Bells, Les Cloches Volants Because many villages and cities across France have at least one church with a bell, it has been customary since about the 12th century to silence the bells of churches every year on Good Friday in acknowledgment of Jesus’ death. Legend has it that the bells of every church around France “fly to Rome” starting on Maundy Thursday (also known as Holy Thursday). Because the bells of every church have supposedly departed for Rome, bells in churches across France stay silenced until Easter. Then on Sunday, church bells are once again sounded and it is believed these Easter bells (les cloches de Pâques) bring with them Easter eggs, chocolates and other treats, dropping them on their passage back from Rome. Easter Day In France, much like in the United States, children awake on Easter morning to find eggs hidden throughout the house or yard. Bunnies, chickens and decorated eggs are also all important symbols of Easter in France. Another tradition among French children near Easter centers around April 1, or Poisson d’Avril, when children make paper fish cut-outs and try to stick them onto the backs of as many unknowing adults as possible. 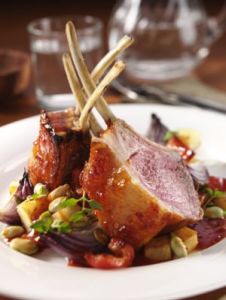 Traditional Easter Foods Because Easter falls during the spring and represents the resurrection of Christ, symbols of rebirth and life are synonymous with Easter. And, because we all know the French take their food pretty seriously, traditional Easter dishes in France incorporate this symbolism into the Easter lunch. Many families head to grandmere’s house to celebrate the holiday. There would of course be the traditional egg hunt followed by an Easter lunch, which usually includes an omlettte or quiche dish to start with followed by roasted lamb (another important Easter/spring symbol).
>>Interested in visiting France in the spring? Check out cheap flights to France, and more information about France in April.