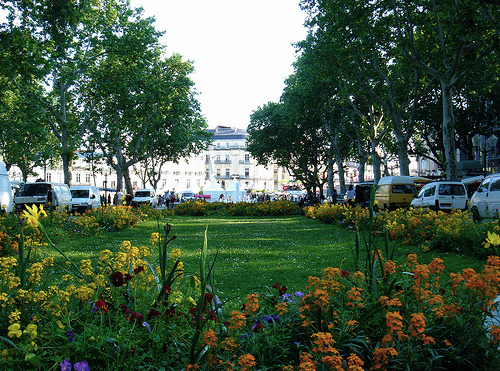 There may be no better month than May for a vacation in France. Everything is freshly in bloom, it’s not too hot or too cold, and you miss a lot of the high season crowds. But what many people don’t know is that May in France is positively laden with public holidays – so it’s wise to check the calendar to make sure you plan your holiday accordingly.

May Holidays in France

Get ready – it’s confusing and there’s gonna be a quiz later.
May 1 is Labor Day (Fête du Travail) and Saturday, and May 8 is WWII Victory Day (Fête de la Victoire). These two happen every year on the same date, always. That means if the holiday falls on a Sunday, that’s the day – there is no other public observance of the holiday.
That being said, if it lands on almost any other day of the week, the French use it as an excuse to take extra days off on either side and sometimes, right on through the weekend. This may impact any spontaneous plans you have, particularly regarding Mom-and-Pop places that might be on your list.
Now we move onto the crazy holidays – Ascension Day (Ascension), Whit Sunday or Pentecost (Pentecôte), and Whit Monday (Lundi de Pentecôte). These follow the Roman Catholic calendar, so they fall on wildly different days every year. And, here’s where it gets really crazy: Ascension Day is 39 days after Easter and/or always on a Thursday. Pentecost is 10 days after that, and/or always on a Sunday. And, of course, Whit Monday is the day after Pentecost.
So, because Easter more often than not occurs in April, the related holidays almost always occur in May. So, more often than not, every weekend in May is a holiday of some sort.
Now, this may seem like a huge hassle – and if you were in France on business, it would be. But you’re not! You’re there to eat, drink and be merry. And see breathtakingly beautiful things, both natural and man-made. And you’re there to relax.  You’re on vacation, baby – and if you’re in France in May, you get to do as the French do and take a load off. 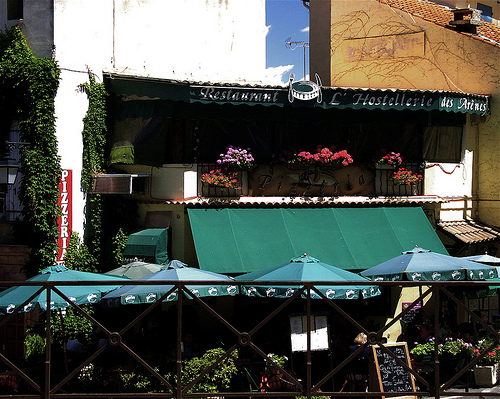 The Weather in France in May

What’s Happening in France in May 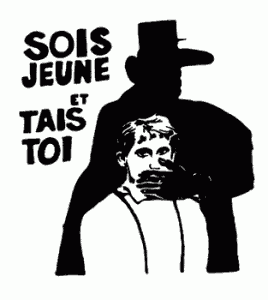 Protesting is a national pastime in France, and one of the most famous protests was in May, 1968, lasting two weeks and affecting over 11 million workers. As such, lots of groups carrying a grudge – and they are legion – tend to commemorate this somber anniversary with protests of their own.
Strikes (grèves) are considered a form of protest, but they’re usually planned in advance. Make sure you ask the hotel staff if there are any strikes planned while you’re there, as it could affect travel plans.
Actual protests, or manifestations, are where people march in the streets or take over a public space. Keep in mind that they can get ugly – Sarkozy’s France is akin to Giuliani’s New York in terms of police action. But, many protests have their say, and then break for the day. If you do see a protest, though, it’s a good idea to move away from the crowds until it’s over. Tear gas is not fun.
Now that we’ve gotten that out of the way, there are plenty of fun events in May that, if possible, should be a part of your itinerary. Prepare yourself for some serious hobnobbing!

Other than the Tour de France, no other event captures the attention of the France more than the Cannes Film Festival. If you’re already down in the South of France it can be fun to be among the hoi polloi for a day trip, but don’t plan any overnight stays in Cannes – hotel rooms up and down the French Riviera are booked solid during the festival. And if you’re traveling on a budget, make sure to pack a lunch as prices go through the roof. 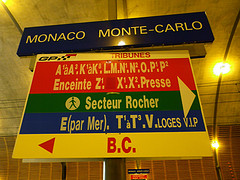 OK, so technically it’s not France – but it’s stuck in the middle down there in the South, and it’s only one stop on the local train. The sheer total of net worth in attendance is astonishing, and it’s just one of those things you have to see if you’re around. Again, though, budget-wise this is a definite picnic-packing day trip if you’re anyone other than Princess Caroline.

It’s in Paris, of course, and it’s fabulous. Some kind of sport is played there, but really it’s all about the fun – most of it outside Roland Garros Stadium. There is a huge public live screening of the game outside City Hall in Paris, and almost every French bar has the TV tuned in. It’s a wonderful opportunity to bond with locals and get into the spirit of national pride – no matter who’s playing.