Hi, and welcome to the second installment of our France Blogging Roundtable series. Each month I and four awesome bloggers write about the same France-related topic, sharing our unique perspectives with you and each other. This month’s topic is art in France. Do you have suggestions for future topics? Let us know by leaving a note in the comments! And make sure to follow #FranceFriday on Twitter to see everyone’s posts each month.

Regular readers of WhyGo France know that I hold strong opinions when it comes to French food. And with the winter months upon us, comfort food is where it’s at – even down in the mild South of France. Get ready and put your eatin’ pants on as I wax emphatic about what I’ve found to be the best comfort foods in France. 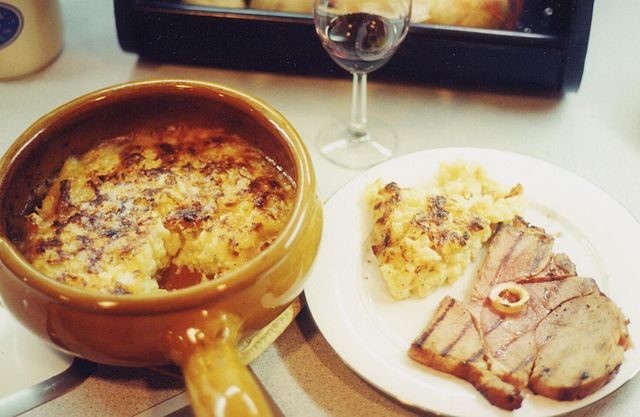 This has got to be the number-one French comfort food of all time, mostly because it puts you directly into an ecstacy-filled food coma during which all of your troubles melt away. It’s also perhaps the only food that, when it was first served to me, I laughed out loud at the absurdity of its presentation. But, more on that in a moment.

Originally hailing from the Haute-Savoie region (3 o’clock sharp on the clock face of France), tartiflette is a baked dish of sliced or diced potatoes, reblechon cheese, and lardons. The traditional recipe also calls for a bit of cream, but I’ve had perfectly good ones without it. Think of it as an entire meal made up of potatoes au gratin, with a sprinkling of meat. And, here’s where it gets funny – it’s served with a side dish of grilled meat. No salads for this monster of a meal.

This is the perfect dish on a cold winter’s eve, and it can also be good to line the stomach with before a long night of wine drinking. In fact, it’s a popular meal on Beaujolais Nouveau Day, with many bars serving it up on paper plates out of enormous pans (à la poêle). Although down in the Languedoc region, the potatoes are often first soaked in white wine before going under the fire – so you may want to hold off a bit on the vin if you’re having this boozy version.

There are about as many versions of tartiflette as there are cooks in France, but here’s one that uses the white wine – and here’s a link to a good tartiflette recipe. 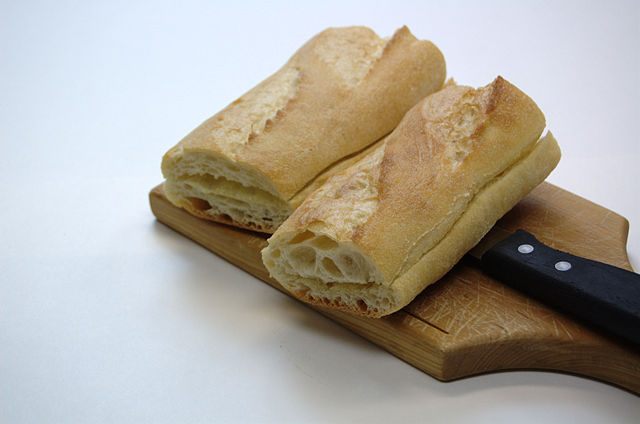 Ah, the baguette. A French classic if there ever was one – in fact, its recipe is regulated and protected by French law. It’s the first thing I ever ate in France, and whenever I return to France, it’s always the first thing I want to eat.

But not just any old baguette will do; I’m talking fresh out of the oven, crispy on the outside, soft on the inside, with that familiar crunch when you break it apart. When it’s like that, I don’t even need anything on it. Just a hunk of it warming my hand (and my belly), and I’m instantly comforted.

That being said, of course, the baguette only gets better from there, depending on what you want to put on it. With brie and butter – yes, together – is how I first ate one, and it’s a popular sandwich here, as is ham, emmental and butter. Although unlike (my beloved yet frankly gluttonous) New York delis, there is one slice of ham and one slice of cheese, which lets the baguette remain the star.

Don’t believe that simple bread could be comfort food? Come on over, and make your favorite sandwich using a baguette. You’ll change your tune. 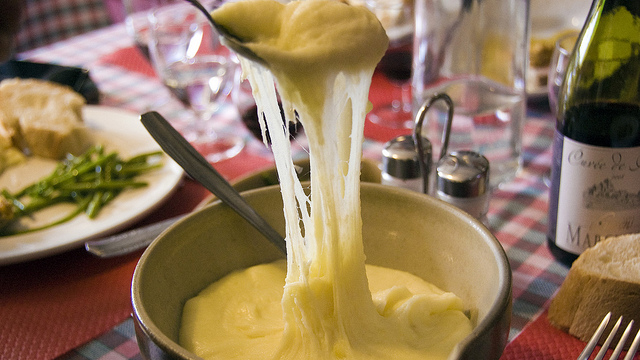 Although it’s often a main meal, I first had aligot as a side dish, and thought it was mashed potatoes. But when my fork came away trailing long strings of cheese, boy did I sit up and take notice.

Aligot hails from the massive Midi-Pyrénées region, in southwestern France, and originally was made with bread, but is now a delightful potato-based dish using Tomme cheese, butte, and garlic. It’s made just like mashed potatoes, except is constantly stirred over a flame, and like tartiflette, is served with meat (usually a few sausages on top).

OMG, here is aligot in motion. You see this a lot at street fairs and Christmas markets:

Check back each month for new installments of our series. Thanks!