Hi, and welcome to the third installment of our France Blogging Roundtable series. Each month I and a bunch of awesome bloggers write about the same France-related topic, sharing our unique perspectives with you and each other. This month’s topic is romance in France. Do you have suggestions for future topics? Let us know by leaving a note in the comments! And make sure to follow #FranceFriday on Twitter to see everyone’s posts each month. 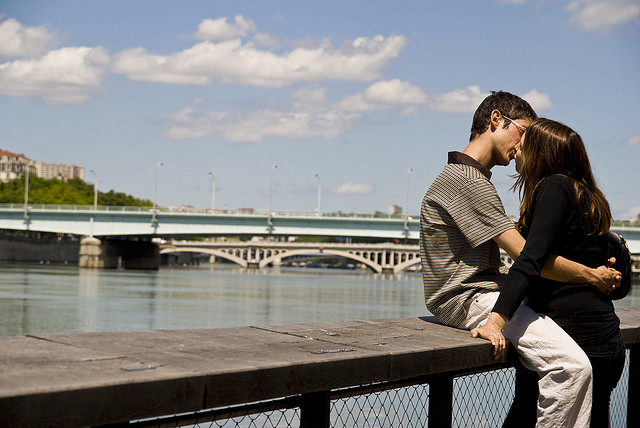 Paris has been called the most romantic city in the world by pretty much everyone who’s ever spoken about France, and in some ways it’s true. From whimsical street performers to the winsome afternoon light, everything about Paris seems to be made for canoodling. Even an unwelcome rainstorm can lead to a lost afternoon huddled together under the protection of a cafe awning. And there’s anecdotal evidence that it might be among the most romantic places to get engaged – just read this recent account of popping the question in Paris, which set my heart racing!

But there are so many places and experiences in the rest of France that I find romantic, too – and being so close to Valentine’s Day, I’d like to tell you a little bit about them. 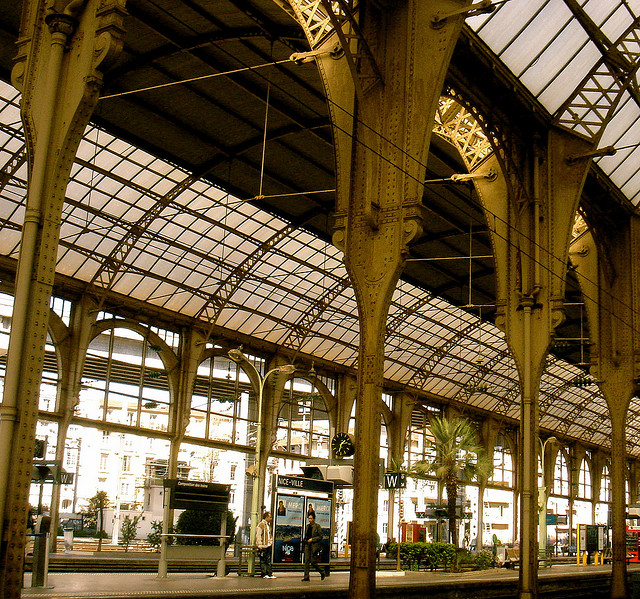 Train travel has always struck me as impossibly romantic, and French train travel even more so. Now, I know that train lines follow technical guidelines for topography and such, but my heart tells me otherwise. It’s like whoever laid down those tracks did so with the romantic traveler in mind. Why else would they put a train line right along the shores of the Côte d’Azur, or through miles of Champagne vineyards?

It’s also the luxury of time that’s romantic. Although high-speed train lines like the TGV get you where you’re going faster than ever before, there’s something romantic about resting your head on your lover’s shoulder while gazing out the window at France going by.

And then there train stations. Unlike airports, at the train station you can spend up to the last moment with your beloved, and even run alongside the train as it departs. It doesn’t get anymore romantic than that. And if you’re traveling together, you don’t have to suffer the indignity of stripping down and getting wanded in the security line. You simply arrive, pick up a sandwich for the train, and get on board at your leisure. 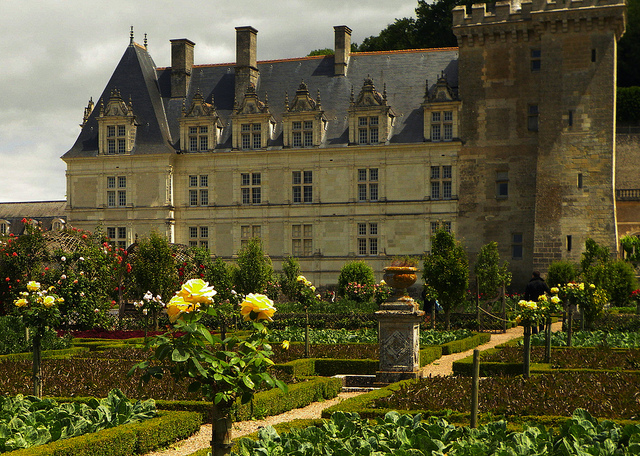 I’m about as un-princessy as a girl can get, but even I have to admit getting swept up in the romantic vibe of French castles. It’s all too easy to see oneself pruning the roses at Villandry, or gliding down the double-helix staircase of Chambord, or lounging away the hours under layers of royal bedding at Versailles. And it’s no coincidence that Sleeping Beauty’s castle was fashioned after the Château d’Ussé. Hark, sweet prince! 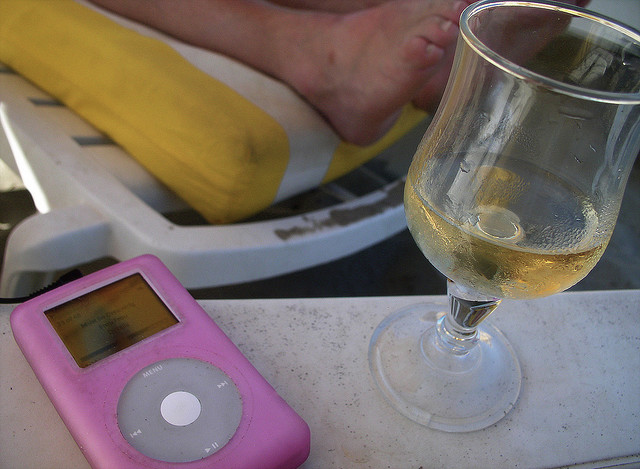 You may think of beaches as more sexy than romantic, but even with all the topless bathing here there isn’t really a lot of titillation. What there is on French beaches – which I have to say, I’m addicted to – is the beach club.

Unlike the beach I grew up on in NJ, where you bring your own chair, or French public beaches where you throw down a towel, private beach clubs make French beaches the epitome of romance. You and your honey are guided to side-by-side chaises longues, which are long sun beds. Some even have double chaises for summer snuggles. It’s like being in an outdoor hotel room, complete with rom service – many beach clubs have restaurants, and they’ll bring you drinks or fruit or even a full lunch. It’s not just this cold snap we’re having right now in France that is making me to say, my boyfriend and I can’t wait for beach club season!

But even if you’re not into lying around in your bathing suit, you can still make a romantic time of beach clubs. Many of them have lounge areas for non-bathers, with cushy chairs or love seats, and table service. What’s more romantic than watching the sunset from your beachside bar before heading to dinner? Which leads me to… 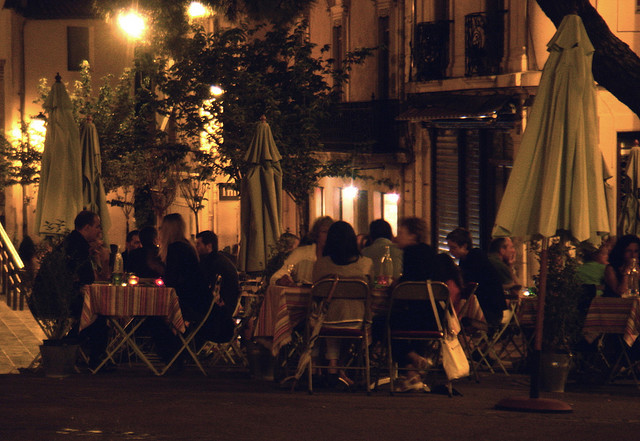 You know I wasn’t going to let a post go by without talking about French food. Frankly, there is nothing more romantically French than a long dinner where all of your senses are involved. From briny oysters to velvety sauces to the perfect pairing of wine and food, it’s a feast in every way.

Of course, there are the long lunches, too – nothing says “I’m on vacation in France!” like a three-hour lunch on a Tuesday afternoon. And then there’s breakfast – that steamy paper bag of fresh croissants that you bring back with you to the apartment, or take with you as you stroll around town. Which, again, leads me to… 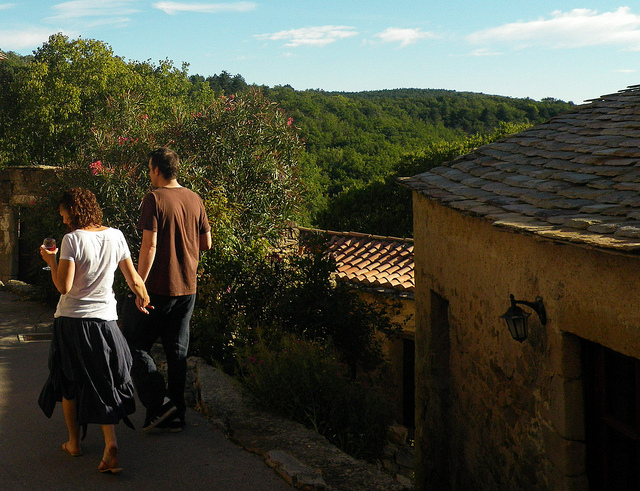 Perhaps the absolute most romantic thing about France are its streets. Whether it’s a leafy boulevard, a covered gallery or a tiny winding alleyway, walking hand-in-hand with the one you love down a street anywhere in France is a moment that even years later gives you the warm fuzzies.

What do you find romantic about France?