France the Most Expensive Destination? Not Bloody Likely 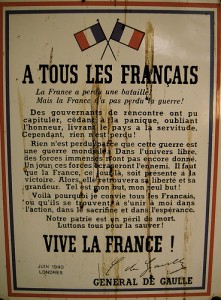 As the writer of this esteemed travel guide to France, it is my solemn and sworn duty to promote the France that lies beyond the sinuous curves of the Seine. So, please excuse this diversion from my usual cracker-jack reporting on all things French to deliver a rant of possibly epic proportions.
The Guardian reported the findings of a recent study on the most expensive holiday destinations – the most expensive being France, and the criteria of which is as follows:

A survey by flight comparison website Skyscanner compared the cost of paying for various typical items – including a coffee, a beer, a meal, accommodation in a Marriott hotel and hiring a car from Avis – in 30 different countries and found that the cheapest place to buy these was Cyprus, followed by mainland Greece and South Africa. If the cost of a flight was then included Cyprus and Greece were still the cheapest, followed by Morocco.

Let’s break this down, shall we?
First of all, Greece’s economy is crumbling. Of course everything is going to be cheaper there.
Secondly, are we really going to talk about the price of beer in Morocco, and Cyprus, home to the third holiest site in Sunni Islam?
Now let’s take a look at the Marriott situation. There are 13 Marriotts in France. Of those, 11 are in or around Paris, one is on the French Riviera, and one is at the Toulouse airport. For those of you who are not aware, Toulouse is the French capital of the aeronautics industry, and the airport houses their testing grounds. Who’s staying at the Toulouse Marriott? Aeronautics executives on expense accounts.
So: Paris, the French Riviera, and expense account central. I WONDER WHY THEY’RE SO EXPENSIVE. And if they used those cities as their main criteria as well, then naturally France is going to rank highest.
Which brings me to meals. France is the only one of the countries listed that has Michelin-starred restaurants. In fact, France has 26 of the 81 three-star Michelin restaurants in the world, and rivals only Japan in overall numbers. Ten of those three-star restaurants are in Paris and two are in the French Riviera.
I know I said in my debut piece for BnA that I was calling an end to bad-mouthing the French, but this is an exception because it’s to defend the country: The French are notoriously cheap. Oh my God, are they cheap. Even when dining out. And, they don’t like a lot of choices on their menus. France has got to be the world capital of cheapo fixed-price, limited choice meals. So, I’m not sure where they’re getting their information from.
I also want to know what specifically constitutes a meal – because if wine is included, then we’re back to my first point regarding Morocco and Cyprus.
Finally, I’d like to add that Brazil and Mexico made the top 10 most expensive destinations of this illustrious and surely scientific study.
My point – and I do have one – is that if you were to stay at a Marriott in Paris, rent a car in Paris and eat some sort of full-course meal of indeterminate variety in Paris, then yes, your vacation is going to be freaking expensive. But to say that the entire country is expensive because of it?
Like I said in the title: Not Bloody Likely.
So, don’t let this scare you off, my intrepid Francophiles. I’ve taught you better than that, what with my saucy tips for the budget-savvy traveler. Go forth and visit the astonishing, breathtaking, inexpensive country of France. And don’t listen to these stupid surveys!