Free Things to Do in Provence 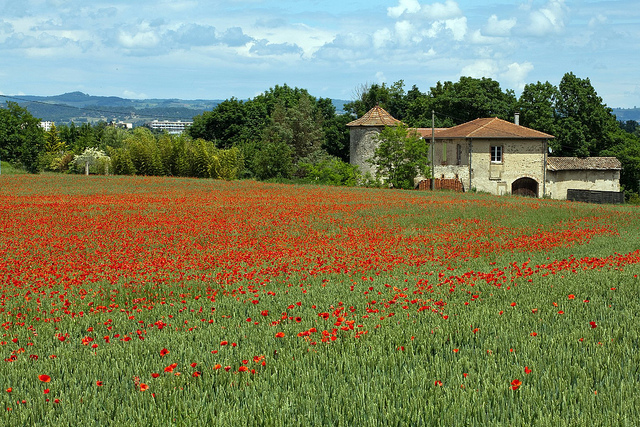 All the coolest stuff to do in Provence is free. That’s the good news. The… not the bad news really, but the less-than-free news, is that Provence is a region, not a city, and therefore it’s not like you can skip out of the hotel in the morning and wander around doing free stuff until it’s time for lunch.
(Whether or not Provence even exists is debatable, which I discuss here.)
So for this post, we’ll have to agree that all of these things are free once you discount the travel costs (whether train, regional bus or car). Deal? OK. As usual, I’m going to give you some helpful links to get started on your trip planning, and then we’ll get into the free things to do in Provence.

Free Things To Do In Provence

Les Baux de Provence
The uniquely spectacular village is one of the most visited in France. The spot has been the home to humans dating as far back as 6,000 BCE, when people first settled high on the hill among the limestone rocks for its superior defensive location. In fact, during the Middle Ages feudal lords from Les Baux ruled a large number of other villages in the area and the lords of Les Baux were historically some of the most powerful in southern France. Here are some fantastic photos of Les Baux de Provence.
Village Hopping
Authentic provençal life and traditions are best experienced in the region’s quirky little villages scattered all throughout its territory. Perched hamlets, ruined castles and deserted country lanes form the mysterious soul of the provençal area of Vaucluse, and many colorful local markets adds to liveliness. Here are Eight Enchanting Villages in Provence to put on your list.
Roman Ruin Hopping
Some of the best Roman ruins can be found in France, a funny fact people tend to forget until they’re traveling around and stumble onto something that looks like it belongs in Italy. And unlike Italy, many of them are still used. Check out the ruins located in Provence.
The Markets at L’Isle-sur-la-Sorgue
Yes, this is shopping, but there’s enough theater here to make actually buying something secondary. Make sure to show up early to see the vendors arrive via gondola, singing traditional songs! Here’s everything you need to know about visiting Isle-sur-la-Sorgue.
Photo: dawarwickphtography