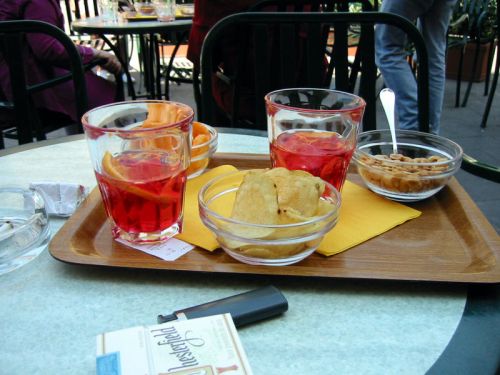 An American tradition, Happy Hour in the U.S. usually involves the same predictable routine—find the nearest bar with after work specials and down a couple of bottom shelf cocktails along with some half-priced buffalo wings, fries or other bar food.

Across the Atlantic, it may come as no surprise that the French approach cocktail hour with the same panache as they do all other meals. The apéritif, or apéro for short, is a time honored tradition that involves relaxing with a (usually) regionally based cocktail as a way to open the meal (in fact, the word for aperitif comes from the Latin verb aperire for “to open”). The apéro is meant to whet the appetite before a meal. Of course, any French apéro is best enjoyed in the region where it’s produced, since so many of France’s iconic spirits have centuries-old ties to specific areas of the country.

Apéritifs are generally served with some sort of light snack to munch on as you sip your cocktail – nuts, crackers, chips or olives (not cheese, however, as the fromage tends to be reserved for the end of the meal).

>>Find out more about Eating in France: Le Repas Francais for when you’re ready to chow down.

Lillet—an enduring classic French apéro, Lillet was invented in the Bordeaux region of France and is made from a combination of local wine and tropical and citrus fruits, which are steeped in alcohol and barrel-aged. There are both red and white versions of the drink, and it is usually served on the rocks. Lillet can also be used as a base for more complex cocktail concoctions.

Byrrh—First invented in the Languedoc-Rousillon region in southern France, this drink made from a mixture of local red wine and tonic water was first marketed as a health drink. It is served chilled; Crème de Cassis (a currant-flavored liqueur) and lemon are frequent accompaniments. 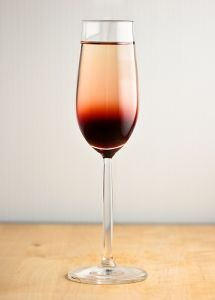 Kir—Hailing from the Burgundy region, a Kir is made from a mix of white wine and Crème de Cassis. The cocktail is actually named after Canon Felix Kir, who served as the mayor of Dijon from 1945-1968. On more special occasions, you can swap Champagne for white wine to create a Kir Royale. It’s delicious, refreshing and the perfect pre-dinner drink.

Kir Bourgogne—This Burgundy version of a Kir is made with Crème de Cassis and red wine instead of white.

Calvados—Named after the region in Normandy where apples are grown in abundance, Calvados is a apple brandy made with specially grown and selected apples and is fermented into hard cider, then further distilled and aged in oak casks. The longer it is aged, the smoother the drink gets.

Pommeau—Another traditional apéro coming out of Normandy, Pommeau is made by mixing Calvados with unfermented cider.

Kir Normand—Yet another apériftif hailing from Normandy, a Kir Normand is made by mixing Crème de Cassis with hard cider.

Chartreuse—This specialty liqueur was first produced at the Chartreuse Monastery in the Alps and is made with more than 130 herbal extracts. To this day, monks from the Order of Chartreuse are the only ones entrusted with its secret recipe and is made only in the mountains under the supervision of monks. Once touted as a health exilir, there are two kinds of chartreuse—vert and jaune (green and yellow). Green chartreuse has a stronger flavor and higher alcohol content.

Suze—One of the most popular apéros in France, Suze was created by Fernand Moureaux in 1885 by distilling blue gentian roots instead of grapes in an effort to make a non-wine-based apéritif. A type of bitters, Suze is often served on ice with equal parts sparkling water. The drink was also immortalized in a Pablo Picasso painting. 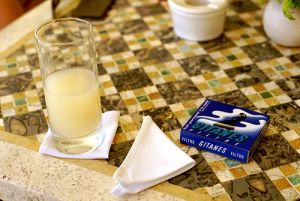 Pastis—Often considered the national apéro, Pastis is a spirit native to the Provence-Côte d’Azur region in southern France and is an anise-based liqueur. There are several different major brands of Pastis, which have become as synonymous as the ever-famous drink itself. Pernod is mixed with select herbs; Ricard is less herbal and with a milder anise flavor. Pastis is drunk by mixing it with three parts cool water, which turns the drink a milky color and releases the flavors in the liqueur.

Champagne—This bubbly white wine can also be enjoyed pre-meal as an aperitif. When mixed with Crème de Cassis it is called a Kir Royale.

Has talking about getting your drink on made you thirsty for more? Check out this additional information, so you can sound way cool and educated during your next cocktail hour: