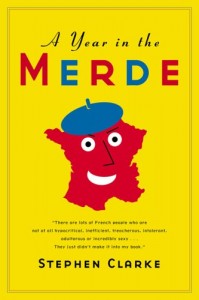 Lock up your daughters and look out for your boss, because we’re about to learn some seriously juicy French curse words up in here. I’ve had some expert help from a UN translator on this, so you can rest assured they’re accurate.
A note of warning: If you’re visiting France and would like to leave with all of your limbs intact, don’t say any of the following things while there.
And I don’t say that lightly. Since the birth of diplomacy French has been its official language, for a variety of reasons. One of them, in my opinion and experience, is that it is a delicate and formal language that softens the hardest blows.
Therefore, while you may think these phrases sound beautiful, they are in fact swear words in French, and should be treated as such. There are many more ways to impress the French using their language, trust me on this one.
A good rule of thumb: If you wouldn’t say it back home, don’t say it to a French person. We cool?

Literal meaning: bad slang for female genitalia, used as an adjective. The female variant is “conne”.

Literal meaning: To sodomize. Can be used as an adjective: enculé. Either way, it’s ahn-cool-ay.