Getting Around France During the Tour de France 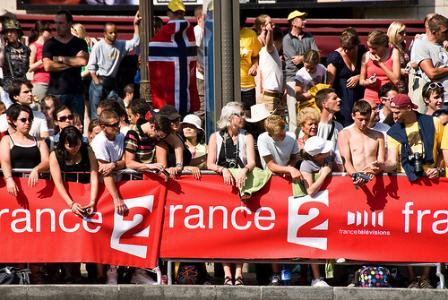 You’ve planned the vacation of a lifetime to France, the trip you’ve dreamed about taking for years. But it’s only after your flights are booked and you start looking at hotel rooms that you realize you’ve scheduled your holiday right in the middle of one of the world’s biggest sporting events – the Tour de France.
Now what? Do you cancel your trip? Do you bite the bullet and pay the jacked-up rates on hotel rooms in the towns along the Tour route? Or do you take a crash-course in cycling to become an expert in a sport you couldn’t care less about?
You don’t have to do any of those things. In fact, plenty of people visit France in July each year without even knowing the race is going on or crossing paths with it once. France is a big country, and while that presents challenges for people who are trying to “see it all,” that becomes a good thing for anyone who’s trying to avoid the Tour de France in July!
Here are the things you’ll want to think about and do if you’ve got trip planned for July in France: