Getting from Lyon to Monaco 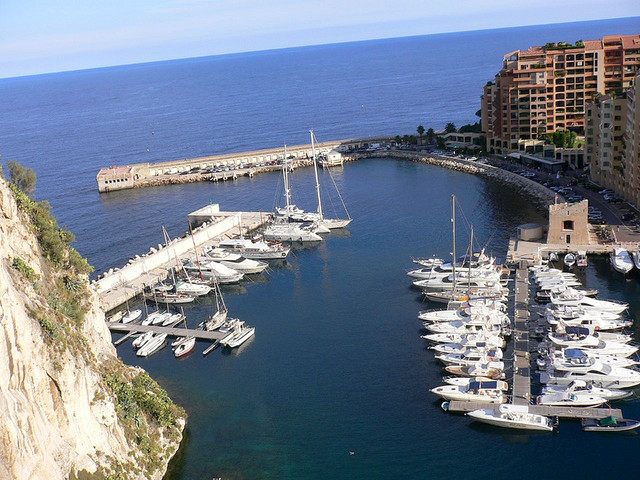 To get to Monaco from Lyon by train, you have to go through Nice and then switch trains. While this may seem like a hassle, here’s the thing: trains from Nice to Monaco-Monte Carlo run all day long on a local line that goes back and forth from Nice to the border. This gives you an excellent excuse to take a lunch break at a beachside restaurants along the Promenade des Anglais before heading over to Monaco. So the bulk of your trip will be from Lyon to Nice, which runs about 4.5 hours, and then it’s a quick 20-minute jaunt to Monte Carlo. At any rate, the trip total is about five hours and will run you anywhere from €56-70, depending on what time of day you’re traveling.

If you’re driving from Lyon to Monaco, the best way to go is actually counter-intuitive to what you’d think would be the route when looking at a map. To wit, check out these two routes: 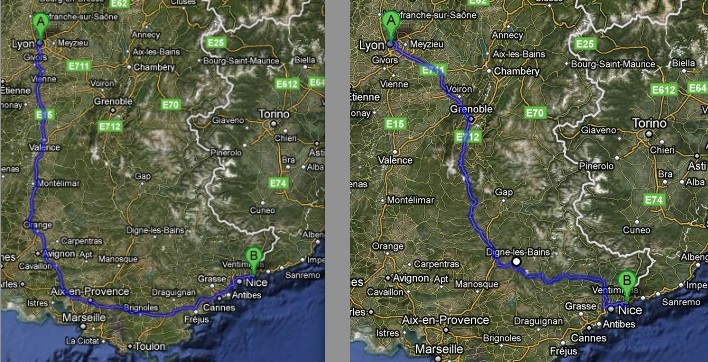 The one on the left takes five hours; the one on the right, six hours. Why? Well, there are two reasons. First, because the left takes you on major highways that are faster, while the left one has you on two-lane roads. Second, because directly east of these routes are the Alps, which don’t lend themselves to efficient driving. So your best bet is to take the route on the left, and save yourself the aggravation of getting stuck behind a slow-moving farm vehicle and the nausea of loop-de-looping through foothill passes.

Other Travel Info That You May Find Helpful, Because That’s How I Roll