Getting from Paris to Monaco 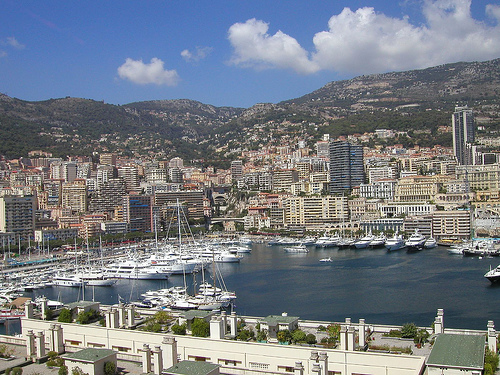 How to Take the Train from Paris to Monaco

The train takes between six and seven hours and costs about €100, give or take, depending on what time of day you go. While that might seem like a long time and a lot of money, see “Driving from Paris to Monaco” below. And on the train, you can stretch out, sleep, walk around, have a drink in the bar car, and even plug in online if you’re on an iTGV train.
The thing you need to be careful with regarding this trip, though, is that while ALL trains require you to switch trains in Nice (or Toulon and then Nice), NOT ALL trains leave from Paris Gare de Lyon; there is at least one that leaves from Paris Austerlitz. I point this out because if you tell your hotel concierge or a taxi driver that you want to go to Paris Austerlitz on your way to Nice, they’ll try to dissuade you.
Also, I lied; there’s one train that leaves at 11.56 AM from Gare de Lyon and goes straight to Monte Carlo. It’s only 6 hours. It’s a TGV, of course. It costs a bit more but how freaking glamorous is that? 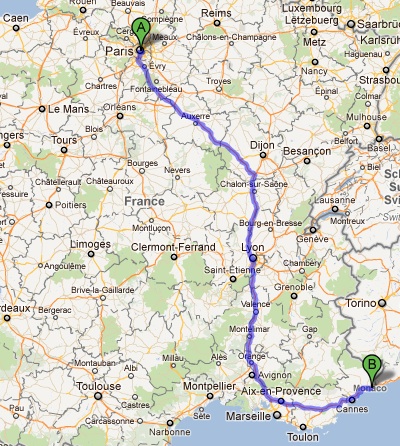 Driving from Paris to Monaco

Driving from Paris to Monaco… will certainly give you a full image of the entire country of France. It’ll also take about 11 hours, on a good day with no traffic, and gas will cost you a fortune. Seriously, take the train. But if you insist on driving, it’s the A6 to Lyon and then the A7 to Monaco.

Can You Fly From Paris to Monaco?

Not really. But you can fly from Paris to Nice, and then take a helicopter to Monte Carlo, if you insist on arriving by air like James Bond or the Pope.

How About Buses from Paris to Monaco?

I get it. You’re looking at these prices and thinking, there must be a cheaper way. But there is no bus service that can help you out here. Sorry!
>>Here is some helpful information to plan your trip. Have fun!