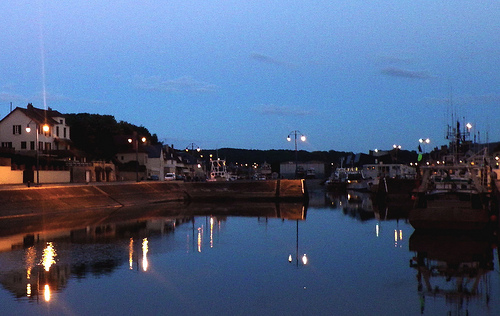 Looking for a quick overnight trip from Paris that provides a welcome respite from big city life? Then look no further than the west coast of France – and in particular, the town of Port-en-Bessin. Here’s the lowdown on this adorable, no-nonsense port town that will charm the pants off you.
>>Port-en-Bessin also makes a great base from which to take a tour of the WWII sites, memorials and cemeteries in the area. Check out info on visiting the American WWII Cemetery & Memorial.

How to get to Port-en-Bessin

To get to Port-en-Bessin, first you have to get to Bayeux. Trains leave frequently from Paris St-Lazare station, and cost about €35.10 each way. Make sure to catch one of the direct trains, which take a smidge over two hours. Otherwise you’ll have to change in nearby Caen, which takes 2.5 hours total. Not a huge deal, but also worth it for the schlep factor.
(Speaking of the schlep factor, I should note that a couple friends took this jaunt in the middle of their weeklong trip to Paris, and their hotel offered to keep their big suitcase there, so they were able to just bring backpacks. Score!)
(Also, I should note that the actual, full name of the town in Port-en-Bessin-Huppain, but everyone calls it Port-en-Bessin. Just an FYI.)
From the Bayeux train station, you can take a local bus out to Port-en-Bessin; but by every account these are few and far between, and not the most reliable public transport ever to grace France. However, there is a taxi stand right outside the station as well, and they’ll get you there in about 15 minutes. It should cost you about €20-25 euro, and is totally worth it.

Port-en-Bessin: A river runs through it! Ok, actually it’s a canal that runs right on out to the English Channel. Along the north side of the canal is a residential area with stately homes below a wide expanse of green hills; the south side has all the restaurants, bars, bakeries, an ATM and a tabac. You can walk from one end to the other in about 10 minutes. If you’re the kind of person who normally gets lost in new cities, you have found your paradise.

Where to stay in Port-en-Bessin 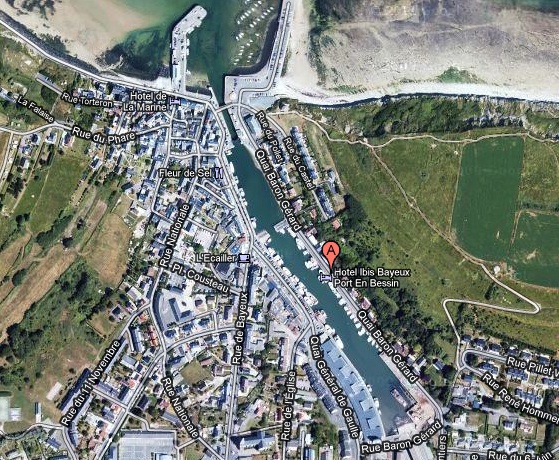 I recommend the affordable, immaculate Ibis on the north side of the canal. They have a great breakfast (crepes, anyone?) and free wifi. Boom, hotel booking done. Look, you can even book it right from here!

Where to eat in Port-en-Bessin 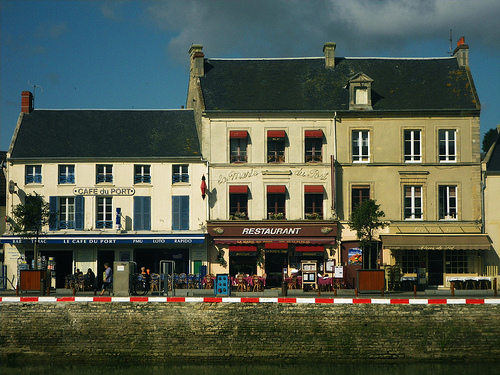 There are plenty of places to choose from on the south side of the canal. For a quick sandwich head to the outdoor counter of Marie Rose, which has delicious sammies, crepes and galettes for cheap. Tell them you want in “pour emporter” to take it with you to the corner bar, on a hike or even the bench across the street. The street behind the canal has marvelous pastry shops, bakeries and the like. And of course, the restaurants all serve ridiculously fresh seafood that fully satisfies.

Things to do in Port-en-Bessin

Most everything to do involves serious chilling-out time. For example, check out how the landscape of the coastline dramatically changes at low tide: 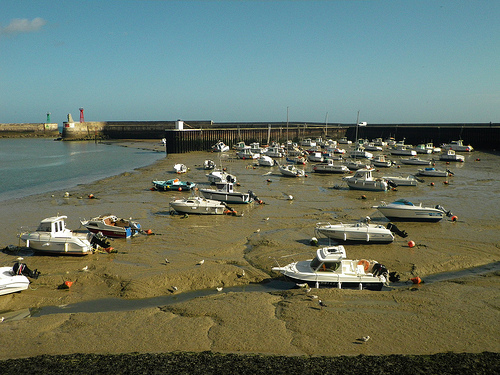 Watch the canal lock work its magic at high tide: 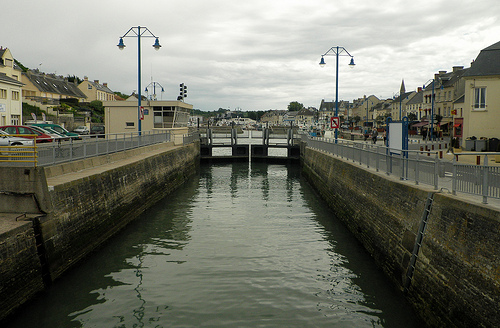 Head up to the lighthouse, which you may at first mistake for a church: 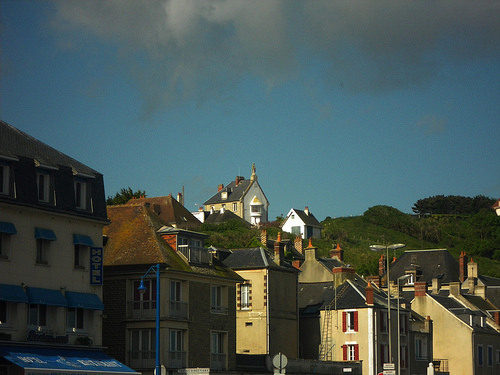 Or hike around the north side, and be amazed at the view from the watchtower (look out for the bunkers!): 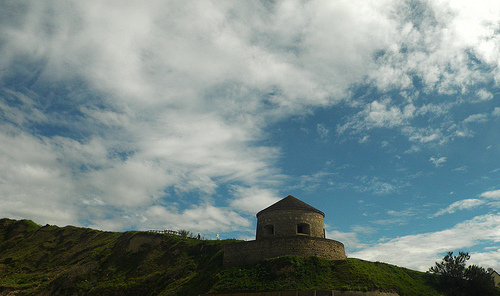 And for a late-evening stroll, marvel at just how late the sun sets in Port-en-Bessin – this picture was taken about 10:15pm, in early May! 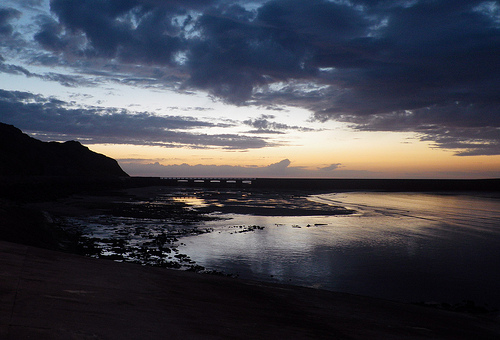