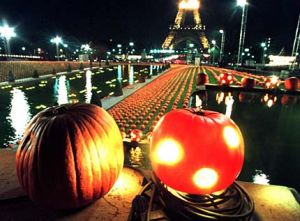 The celebration of Halloween in France remains fairly controversial. Always resistant to being Americanized and often fiercely clinging to things traditionally French, many people here don’t understand why Halloween is celebrated and see it as another imposition of American culture on France. If you are looking to blend in on Halloween in France, dressing up in a costume is definitely not the way to go.
That being said, while the concept of an American style Halloween is relatively new to France, if you are an American in France during Halloween there are a handful of celebrations to be found, especially in bigger cities like Paris and Nice, where you can get in a costume and celebrate with expats and French alike. Any expat or Erasmus student bar worth its beer will have its share of ghouls, goblins and devils on the weekend closest to Halloween, if not on the night itself.
Plus, because November 1 is a national holiday in France (All Saint’s Day or La Toussaint), you’ll never be expected to work or go to school the day after your Halloween festivities. I always wished the day after Halloween had been a holiday growing up. In France, it is. 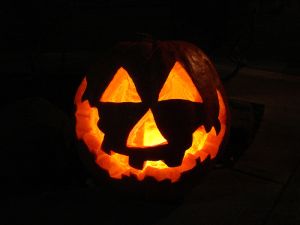 Halloween Celebrations in France
Disneyland Paris—If you are looking for an over the top, commercialized and kid-friendly affair, Disneyland Paris of course celebrates Halloween by decorating “Main Street” as “Spook Street” and entertaining guests with typical Halloween themed events. It’s clichéd, expensive, and very, very Disney. But, if you are dying to find a kid-friendly Halloween celebration in France, this is probably a safe bet.
Paris—The American Dream Diner in Paris has been celebrating Halloween since 1982. While I would usually suggest steering clear of any “American” style bar or restaurant while in France (they usually just have bad American style food and drinks), if you are looking for others as interested in celebrating the holiday as you, then this is a great place to go.
Limoges—The city in France that has most embraced Halloween is Limoges, where every year since 1996 the town has put on a Halloween parade on October 31. About 30,000 people show up for a parade of ghosts, goblins and ghouls carrying candlelit pumpkins. There are also lots of people who dress up in costume and tour the local bars, cafes and restaurants, many of which hold special Halloween parties. If you are looking for a real Halloween celebration in France, heading to Limoges is definitely the way to go.
Looking for more information? Read about Toussaint, October in France and November in France.