Hotels On The Presqu'île In Lyon 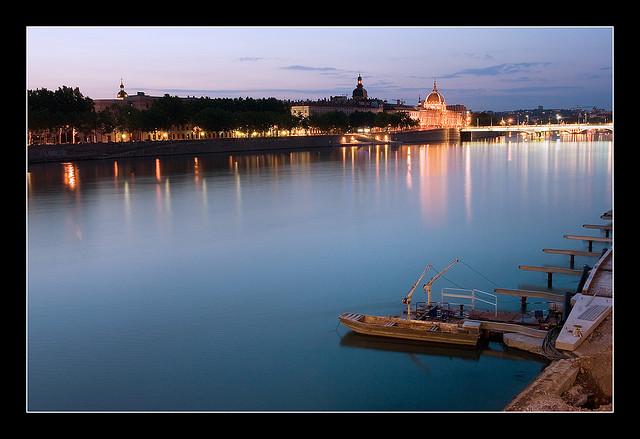 “Presqu’île” literally means “peninsula,” and there’s one of them smack in the center of Lyon, with the Rhône river on one side and the Saône river on the other. Not only is it a beautiful area of this already beautiful city (after all, the whole place is a UNESCO World Heritage Site); it also gives you quick access to the old town as well as the Croix Rousse hill. All of this is to say, when you’re looking for hotels in Lyon, you should probably look on the Presqu’île first and then work your way out.
If Lyon is on your France vacation itinerary – and it should be – then before you get to checking out hotels on Presqu’île, here are some helpful links for you:
Things You Should Know About Lyon
Things to do in Lyon
Four Side Trips From Paris: A No-Nonsense Guide
Getting from Paris to Lyon
Cheap flights to Lyon

This is a funky hotel on the Old Town side of the peninsula with a great Jean Cocteau-themed breakfast room. They have seasonal specials.

Boscolo is a well-known worldwide luxury hotel brand, but deals can be had here for as low as €110 a night, which frankly is a steal.

Thoughtfully appointed rooms, a crazy underground pool that has to be seen to be believed, and specials that include one that’s “only for great lovers” (!!). Definitely our top choice.