How to Get From Paris to Amboise 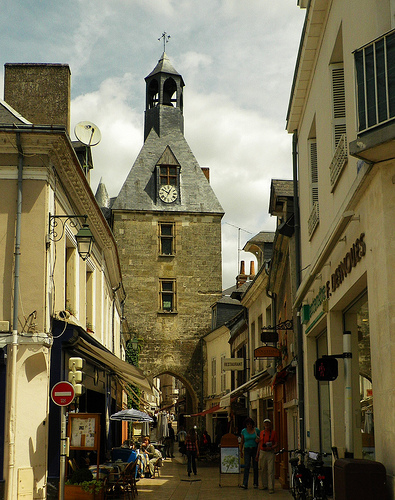 Amboise (AM-bwaz) may be France’s most perfect town: it’s cute, it’s walkable, it sits on a scenic river, you can eat REALLY well there, the people are REALLY nice, and it’s the perfect midway point between several of the country’s most popular, and most beautiful, Loire Valley châteaux. In a pinch, it could even be done for a day trip. Boom, done: Amboise it is! So, how do you get there? Let’s check out the easy-peasy details.
If you’re looking for somewhere else in Loire, read these directions on getting from Paris to the Loire Valley.

Paris to Amboise by Train

Trains from Paris to Bayeux leave from Paris Austerlitz station, in the 13th arrondissement. Métro lines 5 and 10 as well as the RER C stop there. The first one in the morning leaves a little after 7AM, and run almost continually after that, especially at rush hours. Ticket prices vary widely depending on what time of day you go, as of May 2011 from €29.10 to €82.40 one way, so check the yellow kiosks at the train station for the time that best suits your budget as well as your schedule. The ride takes between 1.25 and 2.5 hours – the latter because you have to switch trains in ST PIERRE DES CORPS A QUATRE KM DE TOURS, which basically means a little train station outside of Tours – so it’s easier for you and faster to take the direct train.

Paris to Amboise by Car 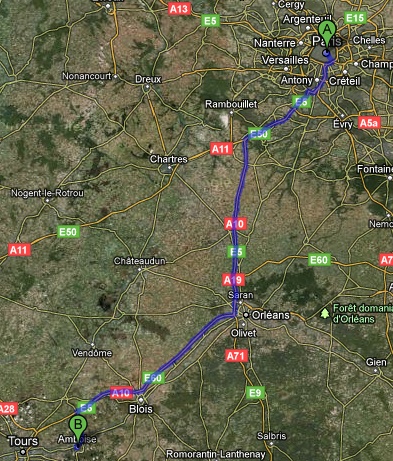 If you want to rent a car in Paris and drive down to Amboise, it’s going to take you a lot longer than the train – almost 3 hours. Once you get out of Paris the bulk of your driving will be on the toll road A10, which you want to take in the direction of Palaiseau/Étampes/Bordeaux/Nantes/Antony/Massy/Longjumeau (yes, all those will be on the signs) to exit 18 Château-Renault/Amboise – and from there, D31 will drop you right into town.