How to Get From Paris to Chartres 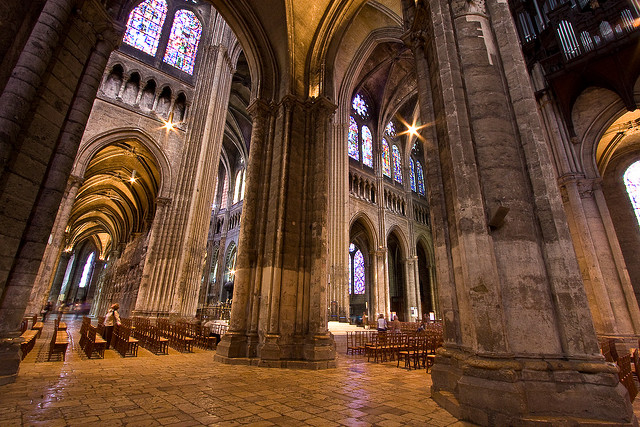 The Cathedral in Chartres is a UNESCO World Heritage Site that should be on your list of sites to visit if you’re traveling to Paris – especially if you’re there for a while, or it’s not your first time. It’s a quick trip that’s wholly satisfying. And, unlike a place like Versailles, the town of Chartres is worth a visit on its own merits. Let’s take a look at how to make this happen!

Getting to Chartres from Paris couldn’t be easier – there are trains from Paris Montparnasse station every hour at :33 after the hour (and there are even more if you want to head out earlier than 9am). It costs €14.40 each way and takes about an hour. (Going back there are roughly two trains per hour, at the top and bottom of the hour.)
Once you’re in Chartres, you can get around by foot – the Cathedral is practically across the street from the station. It’s an easy day trip that will have you back in Paris in plenty of time for cocktails before dinner.
Note when you buy your ticket you’ll need to check the train number, as the word “Chartres” will not appear on the departures board since it’s not the final stop of that train line. 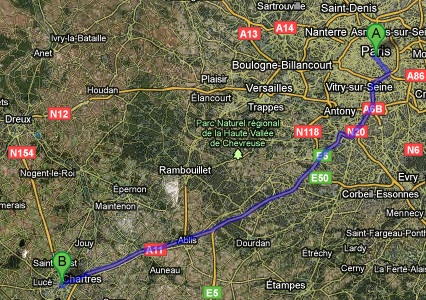 This is one of those times when traveling by car isn’t that much longer than by train; it’s about 1 hour 20 minutes down the A10 to the A11, which you can reach via the southern portion of the ring road. But between the traffic, gas and tolls, it will cost more both monetarily and in your blood pressure. Taking the RN10 non-toll route is cheaper, but you’ll be driving along a slower road that’s directly next to the main highway, so it’s not like it’s a spectacular country drive.
Of course, if you’re looking for a nice overnight trip from Paris, Chartres is a nice close choice. Check out my picks for hotels near the Cathedral in Chartres.
Photo: Dennis Cappellin