How to Get From Paris to Saint-Malo 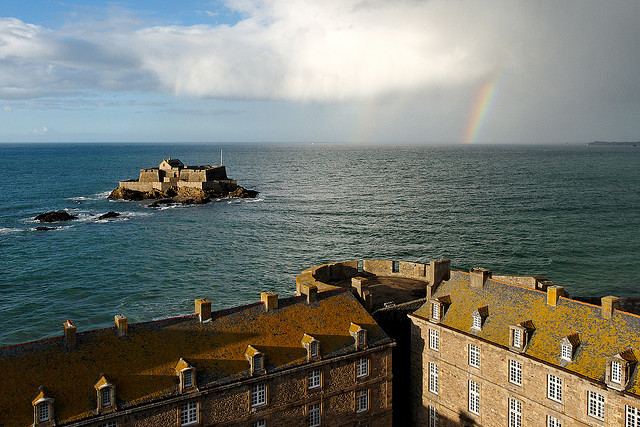 Last year, a friend and I took a road trip around France that included Mont Saint-Michel. And let me tell you: That place is AWESOME. But as we’re leaving there and driving south along the coast, there in the distance we see YET ANOTHER awesome, enormous stone fantasy of some kind. What was it? It was Saint-Malo, and I’m ashamed to say I’d never heard of it. Now, of course, I’m obsessed with it and am planning on visiting as soon as possible. And as I am wont to do, I’ll now share with you the research I’ve done on how to get there (since my friend had to go back to the States and I don’t drive).
Ready? Here we go! Except first, here are some helpful links for planning a trip to the Brittany region, which you should do because Brittany is surprising and wonderful.

There are some trains that go direct from Paris Montparnasse station to Saint-Malo, but it’s more likely that you’ll have to switch trains in Rennes, which is about halfway there. It costs about €65 one way and takes about between three and four hours.
In other words, it’s not a day trip (unless you’re particularly ambitious). However, it does make a wonderful overnight trip if you want to get out of Paris for a bit. The town itself is nice, and ideal for lots of strolling and taking pictures and watching the sea and eating great seafood. 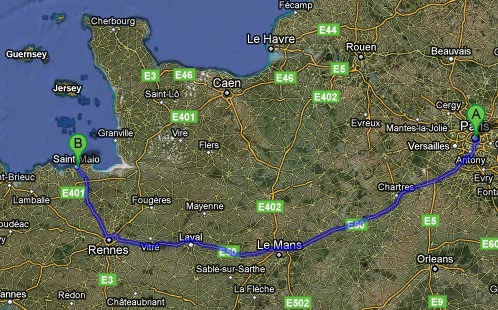 You’re going to want to take the A11 straight on out to St-Malo, even though it makes this smiley-face of a route. It’s a toll road and it takes about 4.5 hours in optimum conditions. There’s plenty of parking in and around Saint-Malo, although beyond the ramparts there are no vehicles permitted.
You could take a more direct route, as far as the crow flies, but those roads are SMALL – we’re talking two lanes through farm land where you’re going to get stuck behind a tractor. The main highway is picturesque enough to entertain you; it isn’t the New Jersey Turnpike. Stick to the main highway.
Photo: stephanemartin