How to Get From Paris to Tours 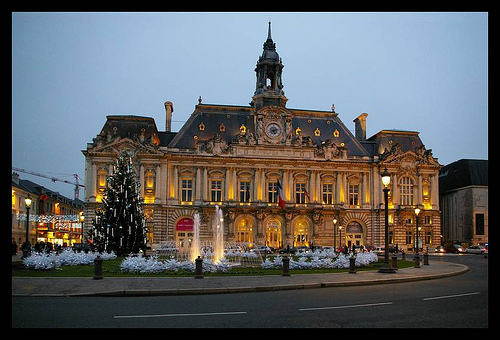 Tours, France is a popular destination – not only is it a wonderful town in its own right, with an amazing cathedral; it is also a fun place to set up camp while you’re out touring the castles of the Loire Valley. It’s also close enough to Paris to make it a quick day trip, for a change of pace from the City of Light. So, without further ado, here’s how to get from Paris to Tours!

Paris to Tours by Train

OK. This is going to seem confusing, but really it isn’t. You just have to do a bit of research at one of the yellow kiosks in any train station in Paris before booking your train ticket. Here’s why:

Trains really are usually the easiest, I swear!

Paris to Tours by Car 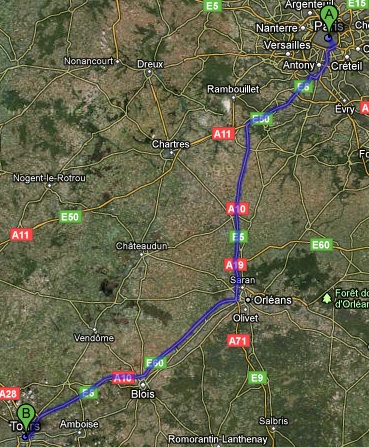 As you can see, it’s pretty much a straight shot – take the A3/A6/Périphérique/Porte de Bercy/Charenton to the Autoroute du Soleil/E50 (signs for A10/E5/Palaiseau/Étampes/Bordeaux/Nantes/Antony/Massy/Longjumeau) (yes, it will have ALL those names on the sign) and then stay on the A10 to Tours. It’s going to take you about 3 hours, though, and traffic in and out of Paris can be an enormous pain.
My verdict? Take the train – you can even make it a day trip!
While you’re at it, check out these other fun links to France and the Loire Valley:
Here’s a map of France.
Getting around France
Getting from Paris to (other places in) the Loire Valley
Must-see Cathedrals of France (with awesome pictures)
Photo: sybarite48