Making the Most of a Trip to Paris 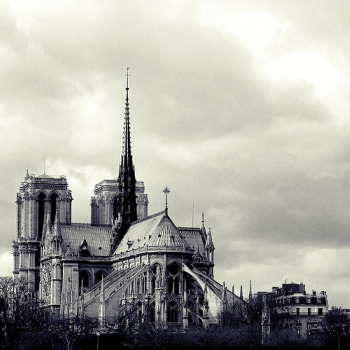 Anyone who’s a hard-core Francophile will tell you that France is more than Paris. And it is – much more. But when you’re traveling to France from outside Europe, for most people the first point of entry is Paris. Not only that, most of the travel deals you find to France are actually to Paris – whether it’s cheap airline tickets to Paris (which, at least from the east coast of North America, aren’t terribly infrequent) or vacation packages that include the capital.

So, let’s assume that your trip through France includes Paris – even if that’s not the focus of your holiday. It’s important to make the most of your stay in the City of Lights, not least because it’s an expensive place to visit. Planning your stay carefully will help you make sure you don’t miss any of the things you’d regret not seeing, and it will also help you keep to a reasonable travel budget.

One thing you’ll want to start with is a good Paris travel guide. With a well-organized guide you’ll be able to start making lists of the things you absolutely must do or see in the city, and if you’ve got the benefit of a guide written by someone who loves the city then it’ll also help you get excited about your trip.

I tend to focus more on my sightseeing itinerary than on practical travel details, although at some point (usually somewhat last minute) I start doing things like booking where I might stay for the night. You’ll read that in some places it’s perfectly fine to show up in a city without reservations, because it’s either full of accommodation options or it’s a small town where there aren’t many tourists competing for the rooms or perhaps it’s just the off-season and an overall easier time to travel without plans. In Paris, there certainly are a huge number of options when it comes to a place to stay, but that could be as much of a curse as it is a blessing.

If you decide to show up without reservations and see what happens, you will absolutely be able to find a place to stay. It may not be in the neighborhood you want, or in the price range you want. So if you’re more concerned about budget, you want to be more decisive about what part of the city you’re staying in, or you just want to make sure the place you stay is top-notch, then you probably want to know which are the best hostels in Paris. Keep in mind that many places that call themselves hostels are really 1- or sometimes even 2-star hotels, so not traditional hostels – but if the price is right, then that’s the #1 consideration, right?

On the Paris guide in the WhyGo family, WhyGo Paris, I recently posted the best airfare deals I could find on round-trip tickets to Paris – and although I suspect prices will continue to go down for winter trips there are some decent prices available right now. The best price on a flight from the US is from New York, where there’s a ticket available for $516.

Another post I wrote on WhyGo Paris introduced a new site that readers of WhyGo France will no doubt be interested in as well – it’s called YourTour, and it helps plot tours of (at the moment) France. It’s mainly meant for driving trips, and since it’s only in beta France is the only country in the system so far, but if you’ll be traveling through other parts of France after (or before) your stay in Paris it’s a website you might want to check out. At the very least, it’s fun to play with.

There’s plenty about Paris to love, even if you prefer the French countryside. And if you can make the most of your time in Paris, you might find there’s even more to love than you thought there was.