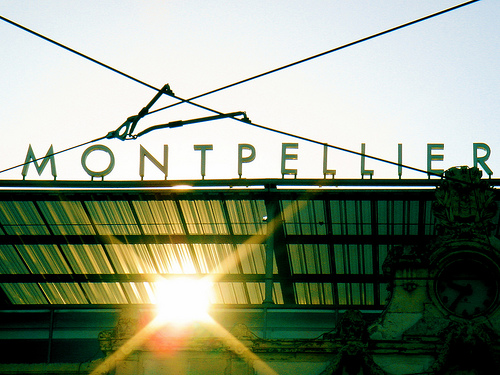 Montpellier, France is the capital of the Languedoc-Roussillon region, better known as simply Languedoc. Administratively, the city is known as the Montpellier Agglomération, which comprises not only the historic city center (called the Écusson), but the surrounding villages as well.

You may not have heard of Montpellier, but you will – it’s France’s fastest growing city, thanks in the most part to the former mayor of Montpellier and the president of the Montpellier Agglomération, the late Georges Frêche, who passed away in 2010. Through his efforts, Montpellier grew from a sleepy southern French town into a vibrant regional capital thanks to huge infrastructure projects such as the Antigone and the three-line-strong tram system, as well as making it a TGV hub and a destination for low-cost airline Ryanair.

Montpellier is located four hours south of Paris, four hours east of Nice, and four hours west of Barcelona, Spain. It is just a few miles inland from Palavas-les-Flots, the family-friendly beach town directly on the coastline. From the Jardin de Peyrou, a park at the highest point of Montpellier, you can see the Mediterranean sparkling in the distance. 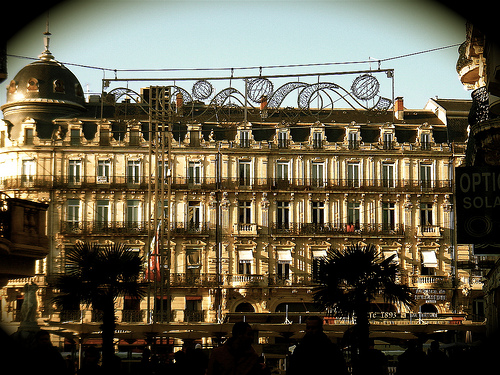 How do you get to Montpellier?

Practice! No, just kidding. The TGV train runs straight down from Paris, and there are frequent local and regional trains from all over France and to and from Spain via Barcelona. Ryanair offers seasonal flights from the UK, Frankfurt and Oslo; there is a shuttle bus from the Montpellier-Méditerranée Airport to the Place de l’Europe. Or you can fly into Girona, Spain and take the train across the border and along the coast. It’s also well-connected the the French highway system, and I’d consider it a must for any road trip through the South of France.

The Weather in Montpellier

Montpellier is considered a microclimate, meaning that because of its location it is protected from harsh weather and its weather differs, sometimes greatly, from such close-by cities as Béziers and Nîmes. It has mild winters, and July can be HOT – it’s not unusual to have a month straight of 100+ degree days. Oh, it also has more than 300 days of sunshine a year – so leave the umbrella at home. 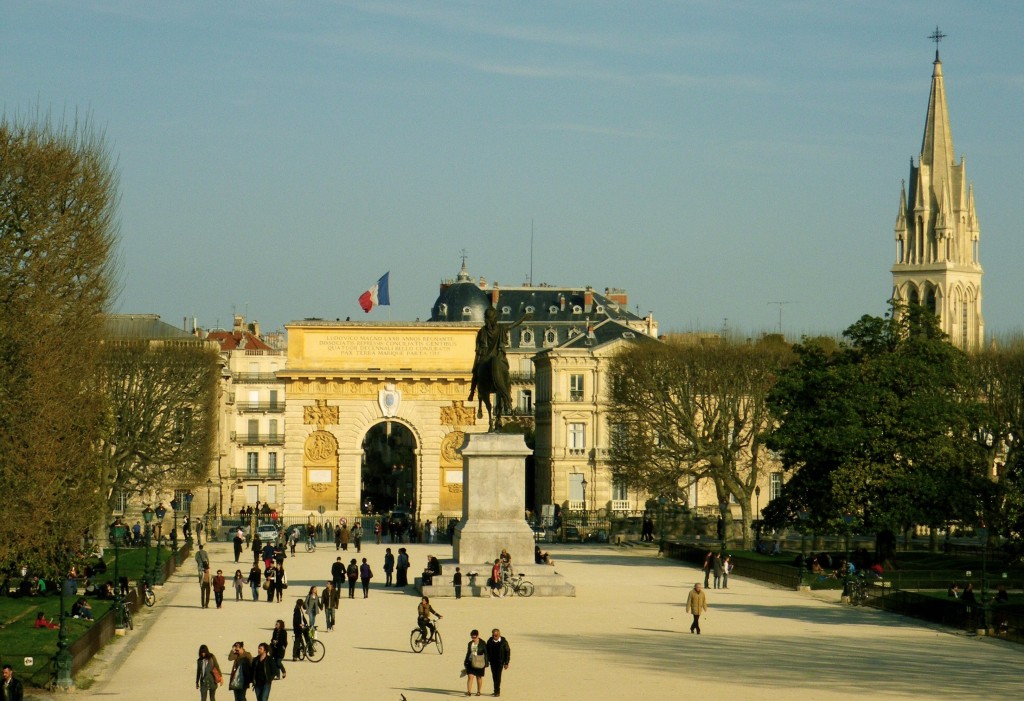 The Place de la Comédie is the living room of Montpellier, and the quintessential French square with gorgeous architecture, plenty of cafes and even an accordian player or classical guitarist playing in the middle of it. It’s often the site of city festivals and exhibitions as well – from a Christmas village artisan market to beach volleyball in the summer – complete with tons of sand brought in from the nearby beach!

The Jardin des plantes de Montpellier is France’s oldest botanical garden, established in 1593. While interesting and educational, it’s also a fine excuse for a stroll on a beautiful day. It’s open in the winter as well, with hundreds of species of plants housed in its greenhouses.

The recently renovated Musée Fabre is great for a rainy day, and their newly opened indoor-outdoor cafe in the entrance courtyard is some prime real estate for a quick lunch or a post-visit drink. It’s just off the Place de la Comédie on the leafy, breezy Esplanade Charles de Gaulle, where you can watch life-sized chess games and let the kiddies run around in a unique post-modern play area.

Other Towns Near Montpellier

Montpellier makes a great base in the South of France – easy day trips include Marseilles, Arles, Avignon, the Pont du Gard, Nîmes, Béziers and more.