Now’s the time to book your tickets to Europe 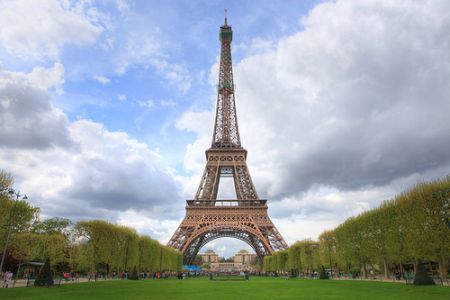 I will be the first to admit that I am a master procrastinator. Amazingly, my knack for putting things off and doing things at the last minute has rarely back-fired on me (which has given me little impetus to change my procrastinating ways). Despite my mom being convinced that I would never be packed on time for family trips, I was always one of the first ready to go when it came time to catch the plane—complete with my bags packed (albeit 10 mins earlier).

However, for those of you that have been procrastinating on making your summer travel plans (something I don’t even do), it may be proving costly for those who were hoping to make it to Europe. A few weeks ago, I wrote about how there’s still time to get cheap summer airfare to France. That time has seemingly passed. Apparently, with summer well under way, Airlines have jacked up summer airfares to try to take advantage of those procrastinators who had yet to take advantage of some of the screaming summer travel deals that were floating around earlier this spring.

According to an article in the Chicago Tribune, fares to Athens, Dublin, Paris, London and Rome have risen anywhere from 45%-78% for summer fares from just a few short weeks ago. While you may have been able to afford a low budget vacation to France this summer had you booked back in May, it seems that it is too late to score a killer deal on air tickets to Paris.

Before you start banging your head into your desk over this missed opportunity, it’s not all bad news when it comes to getting cheap international airfare. Prices are tumbling on international flights this fall, with decreases beginning after August 17 (when many kids and college co-eds head back to school). In fact, according to the Tribune article, prices on fall airfare to France have dropped by as much as 30% from back in May.

Also, while airfares on summer flights to Europe have risen significantly from even just a few weeks ago, airfares to Europe this summer are still down from last year. Joe Brancatelli of JoeSentMe.com, a web site focused on business travel, also said that now is the time when we might see the “lowest business class fares to Asia or Europe in history,” meaning now very well may be the time to splurge on the extra leg room and upgrade to business class for your flight to Europe.

However, wild prices swings, flash sales and more make it difficult to know when or how you can score the cheapest ticket to Europe. A side effect of the global recession, prices fluctuations have been large and rather unpredictable, making it hard to know if you should wait out for a great last minute deal or snag up a hot airfare when you see it.

However, keep in mind that with so many hotels offering cut-rate rooms, cheaper flights a stronger dollar and even discounts on things like rental cars and BBs, its not only easy to get a cheap hotel these days, but it’ll also cost you a whole lot less to take a vacation this summer than it did just a year ago.