Overnight Trips to France From Italy 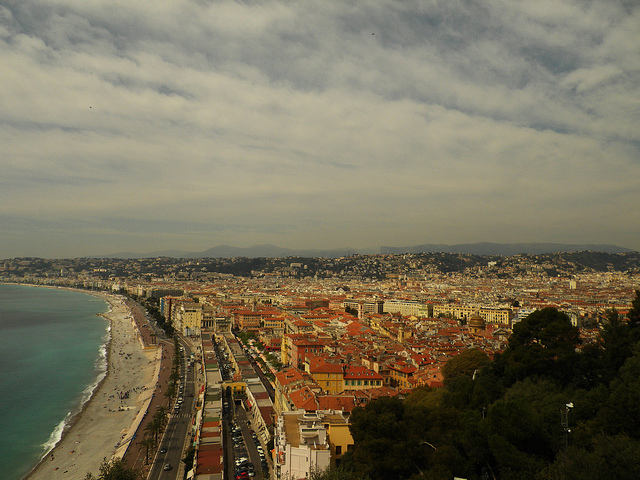 Are you in Italy on vacation? Are you looking to fill out an itinerary that includes Milan or the Cinque Terre? Why not pop on over to France for a night? That’s the beauty of Europe – you can do things like that. And with a Eurail Pass, it’s easy as pie.
While there is no super-fast train that can bring you here, there are express trains from Turin, Milan and Genoa that will have you fumbling through French by lunchtime. Let’s take a look at some of the many possibilities you’ve got if you want to add a bit of jet-setting spice to your next vacation.

You have to be careful when booking a train ticket from Turin to Lyon, as some will take you all over the place before you finally arrive in Lyon – and they cost a lot, too. But there are direct trains from Turin to Lyon; they cost about €46 one way and take about 4.5 hours. But once you’re there, boy howdy, are you gonna have some fun, especially if you’re a foodie who could maybe go for something that’s not pasta.
Lyon Overview
Things to Do in Lyon
Cooking Classes in France
Hotels On The Presqu’île In Lyon
Cheap Hotels in Lyon
Cheap Hostels in Lyon

Overnight Trips from Milan and Genoa

I’m including these two departure points together, because 99% of the trains that come into France from Milan and Genoa stop in Ventimiglia, which is the Italian border town. They’re roughly the same price – about €25-30 – and both take about four hours.
From there you have to switch trains to go over into France. And then from there, you’ve got the whole of the French Riviera and Provence on your doorstep. So with that in mind, we’re going to bust it open with all the possibilities you’ve got once you’ve crossed the border.

Monte Carlo, Monaco (another country off your list!)
Nice
Nice Overview
Hotels near the Promenade des Anglais in Nice
The best hostels in Nice
Day Trips from Nice
Things to Do in Nice
Marseille
Marseille Overview
Things You Should Know About Marseille
Hotels Near Vieux Port in Marseille
Day Trips From Marseille