Plan Your Summer Trip to France 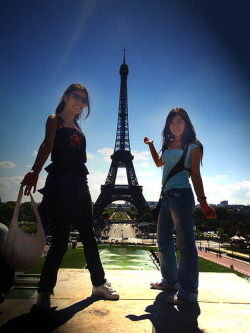 Summer is one of the most popular times to visit France, which makes it the most expensive. Travel deals at this time of year are elusive, but they do exist. A trip to France during the summer high-season is never going to be as cheap as it would be during the less-popular times, but there are ways to decrease the cost.
Start with airfare, as this will be your single largest expense. Look for cheap airfare to Paris, but also check for cheap airfare to other nearby cities and major transportation hubs. You may save money by flying into another location and then taking a low-cost flight or train into your final destination.
Scout for low-cos accommodations. You may get lucky and find some cheap Paris hotels, but often you’ll find that lodging in the smaller towns and places off the beaten path are much cheaper. Spend a few less days in Paris and more time exploring the rest of the country, and you’ll save a few Euros. Other expenses, like dining and drinking also generally cost less outside of big cities.
You can also save money on your travels in Paris by being savvy when it comes to dining and drinking. No one would tell you not to sample all the culinary delights of French cuisine, but you can spend less while you indulge. Shop at local markets, try to stay in a place that offers a free breakfast or make lunch your biggest meal of the day – many restaurants serve lunch food that is just as exquisite as their dinner offerings, but in smaller portions and at a lower price.
These are just a few of our many France travel tips that can help you experience the country on a smaller budget this summer.
Photo by melancolie en velours