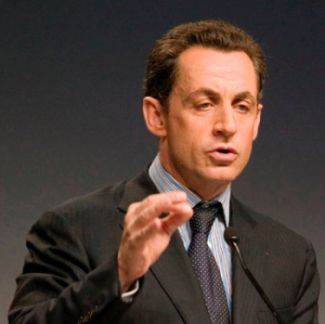 Looks like American car manufacturers aren’t the only ones looking to the government for a bailout. As reported this morning from the French AP, French President Nicolas Sarkozy met with French car industry executives to discuss “measures to shore up the sector,” which has been hit hard by the economic downturn. Much like the Big 3 U.S. automakers, the two major French automakers, Renault and PSA Peugot Citroen, are facing collapse.

The global credit market suffering and economic slowdowns occurring in every sector of the economy means no one is financing cars—slowing the entire industry to near glacial rates. While the U.S. automakers have been asking for multi-billion-dollar bailouts and watch the Senate refuse, the French government seemed more than happy to help the struggling French automobile industry, as the industry employs 10% of the French workforce in a country that struggles with high unemployment rates.

In order to throw a life preserver to a major French employer, according to the AFP, “the French state will also provide a one-billion-euro loan facility to support national champions Renault and Peugeot, which have announced thousands of job cuts.” In addition to helping bail out France’s own automakers, the European Automobile Manufacturers’ Association (ACEA) is asking the European Commission for a 40-billion-euro rescue package.

It seems the U.S. isn’t the only place with dying industries and government bailouts for big business.

(yes, that is indeed a picture of Sarkozy’s wife, the first lady, naked)