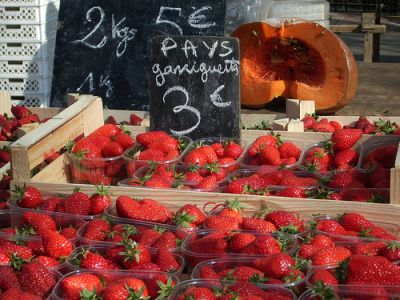 Despite the hoards of tourists, summer is actually a pretty nice time to be in France. Long, hot summer days – it stays light in the north of France way longer than you think it should – plenty of outdoor activities, outdoor markets overflowing with fresh produce, and lots of beaches to work on your tan make the summer a great time to be in the country.

Yes, it’s more crowded and airfare and hotels tend to cost more, but with the right planning enjoying a summer vacation in France should be no harder than a lovely picnic at one of the Castles of the Loire or biting into a juicy slice of Cavaillon melon.

Wondering what to do during a specific summer month in France? Check out my posts on June, July and August in France for specific festivals and events, things to do and even what to pack.

What to do in France in the summer

The weather is almost sure to be fantastic no matter what part of France you find yourself in (albeit a little muggy in Paris and scorching hot in Provence), which makes enjoying outdoor activities especially easy during the summer months. There are also an enormous number of events, festivals and celebrations that happen around the country in France, making it easy to find exciting, interesting and festive things to do during your summer vacation in France.

>>Read about the most happening summer music festivals throughout France. 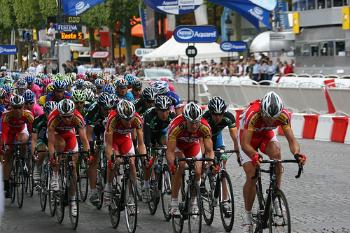 This cycling event is the sport’s most prestigious and watched events. Cyclists battle over mountain passes and on roads throughout the country and the following for this event is considerable. Watching these cyclists shoot by can definitely be a fun addition to any trip to France, and many travel to France just to watch the Tour de France.

Information about the Tour de France: 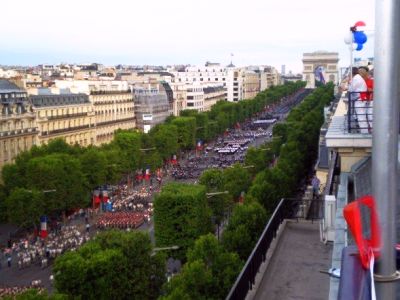 July 14 marks the day French mobs stormed the Bastille (a prison and symbol of tyranny and the monarchy) and tore it down brick-by-brick at the beginning of the French Revolution. Today, Bastille Day is celebrated much like Independence Day in the U.S. with fireworks, parades and special events across the country.

>>Learn more about Bastille Day: Where and How to Celebrate the French National Holiday

Go to the Beach 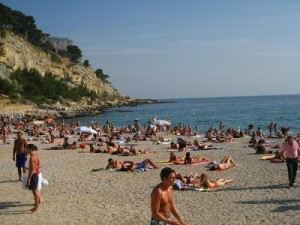 You definitely won’t be alone if you decide to flock to one of the many beaches in France, but that doesn’t mean you still can’t enjoy soaking up some sunshine on France’s many beaches.

>>Read about The Best Beaches in France

Hit up the Paris Plage

You are probably looking at the above sentence and thinking the words “Paris” and “Plage” (“beach” in French) don’t go together. As it turns out, every year from mid-July through mid-August, Parisians get their own version of the beach right in town. During this time, a full-fledged beach, complete with sand, games, “boardwalk cafes,” chairs and umbrellas take over the banks of the Seine, where “beachgoers” can enjoy cocktails at the open-air bars or work on their tan on the chaise longues. 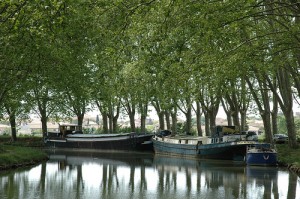 France is laced with a network of interconnecting canals that once served as a way to transport goods and now serves mostly for recreational use. Barge cruises are a popular and relaxing way to see France, as they wind through the countryside and take cruisers past little villages and beautiful scenery. The most famous canal, The Canal du Midi, is even a UNESCO World Heritage site. The summer months are an ideal time to head out on these cruises—sipping cocktails on the deck as you float through stunning scenery and chatting with passersby as you wait for the many locks to usher you along.

>>Read more on Taking a Barge Cruise in France 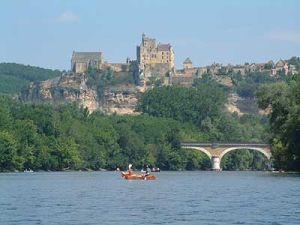 The Dordogne has long been one of the favorite regions of France. Medieval stoned villages, rolling hills covered in vineyards, fresh pate and a gorgeous river valley make this an idyllic place to be in the summer months. A great way to see and experience this region is to float down the beautiful Dordogne River in a canoe.

Shop at the Markets 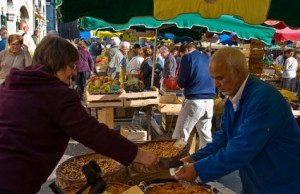 Of course, you can and should shop in France’s outdoor markets any time of the year, but summer is a particularly great time to scoop up great, fresh and seasonal produce. While there are certainly treats to be found at the markets year round, summer tends to bring in the most copious amount of fresh fruit and vegetables, making summer an especially great time to market cruise.

Watch or Participate in the Paris Gay Pride Festival

What happens when you combine wacky French theatrics, one of the globes largest gay pride festivals in the world and the streets of Paris? The answer is a truly colorful, fun and entertaining event. Attracting nearly a half million people each year, this event takes over the streets of Paris at the end of June, complete with wild costumes, floats, and flamboyant balls which take place during the weeks surrounding the event.

If you find yourself in the South of France, Montpellier is the gay capital of the country and hosts a seriously fun parade as well as other events during Pride. More about this coming soon on WhyGoFrance; but for now, check out the Montpellier Gay official website.

>>Read more about the Gay Pride Parade in Paris 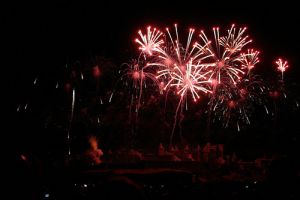 Perhaps the world’s most famous and iconic Medieval walled city, Carcassonne sees more than 3 million tourists every year and while this site is sure to be a little crowded in the summer, it is also the site of a great festival that takes place through July. There are lots of special music performances and fireworks nearly every night.

Of course, wine tasting can be enjoyed at any time of the year, but being able to escape into a dark, cool cellar in the hot summer months makes summer an especially appealing time to sample French wines. Plus, you can totally enjoy outdoor picnics with your wine finds after you’ve been tasting.

Visit the Chateaux of the Loire 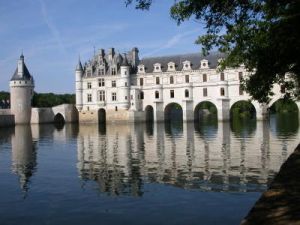 Again, this is definitely an activity that can be enjoyed year ’round, but there is something especially nice about being able to tour the gardens of the many Castles of the Loire during the warm, pleasant summer months. While there will certainly be more tourists to fight your way through, there will also be plenty of beautiful flowers in the gardens and the Loire Valley is beautiful in the summer months.

>>Read more about Castles of the Loire

Weather in France in the summer

While temperatures will vary across the country, it is generally warm to hot almost all places in France in the summer months. July and August can get muggy and quite sticky in Paris, however, and the sundrenched valleys of Provence can scorch. Plan on plenty of long, hot, blue-sky days.

What to pack for France in the summer

Where you are planning on hanging out in France will largely determine what exactly you should bring, but the weather will most likely be hot or warm anywhere you go. If you aren’t sure exactly what you should bring along with you, check out my post on what to wear in France in the summer.

Getting to France in the summer

While the summer months are a lovely time to be in France, you will certainly not be the only person who has realized this. Summer is most definitely high tourist season in France, which means it is more challenging to find a good deal on airfare to France in the summer. That being said, it is by no means impossible to get a good fare on a flight to France. You are probably best off booking either very far in advance or waiting and hoping for a great last minute deal to pop up (the latter is clearly more risky).

Where to stay in France in the summer

I’ve said it a whole bunch of times already, but I’ll say it again: Summer is high tourist season in France, which means that you are going to have to do a little more planning ahead when it comes to finding a place to stay during June, July and August. You should also expect to pay higher rates both at hotels in France and at hostels in France. Book well in advance, seek out budget friendly options like bed and breakfasts in France and you should be just fine!

Photo of strawberries is from Chez Loulou’s French markets set on flickr . Visit her blog about living in the South of France!