There’s still time to get cheap summer airfare to France 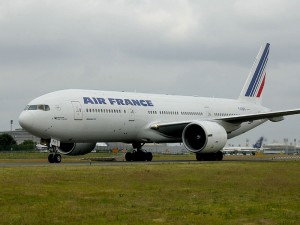 Summer has gotten well under way, but that certainly doesn’t mean I’ve firmed up any of my summer travel plans. In fact, with airfare prices continuing to drop and plenty of great last-minute deals around the world, waiting to make summer travel plans may just not be such a bad idea this year.

A usually expensive time to get good airfares to just about anywhere (especially airfare to Europe), June and the beginning of the peak summer season usually meant incredibly expensive airfare to Europe. This is exactly what prevented me from returning to France in the summer for the past several years. Quite simply, I had totally insufficient funds for traveling around Europe if I were going to have to shell out a few grand just to get there. Not to mention the poor state of the dollar would make everything expensive once I got there.

Luckily, (or should I say unluckily?), the recession came—markets crashed, people lost retirement funds, jobs and homes and suddenly there weren’t a whole lot of people buying plane tickets. This has meant that prices are way down this year to a wide variety of destinations, including the usually-expensive European continent.

Air France and Lufthansa are offering round-trip airfares from many U.S. cities for as little as $500. If you are looking to score the absolute best deal on airfare, you are probably best off flying first to Germany and then traveling overland from there. Also remember to avoid holiday weekends, fly during the middle of the week and keep you schedule as flexible as possible to get the best deal.

Not only will you save hundreds of dollars to get there, but $1 currently equals about $.72 Euros, which is stronger than last summer and is a much better rate than Americans have seen for years. Between the stronger dollar, cheaper airfares, you may not even have to scrape by on meals and drinks (especially if you stay in one of the many Europe hostels).

If you are looking to find the cheapest possible airfare to Europe, you are probably best off flying into Frankfurt and then exploring from there by rail or car. As a major European hub city, there are always some fantastic sales and deals for flights into Frankfurt.