Things To Do In Lyon 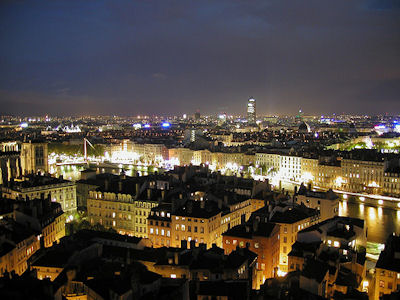 Lyon is one of the largest cities in France and the beautiful cultural capital of the Rhone-Alpes region. Travelers gush over the superb gastronomy, spectacular architecture, and unique natural setting. The fiercely proud city often reminds its visitors that one can find pleasurenot only  in tourist activities, but simple day to day adventures of the locals.
The city that’s home to the much-loved Olympique Lyonnais soccer team finds it hard not to please. Whether you find yourself seated at a world-famous restaurant or strolling along the Rhône River, Lyon is one of the most understatedly enjoyable cities in the world.
>>Read about cheap flights to Lyon. 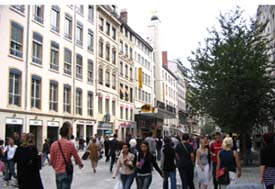 Like any large metropolitan area, Lyon has a thriving downtown scene and its heart is the Rue de la République, a long stretch of cobblestone that’s free of cars and full of shops, boutiques, and outdoor cafés. From here you can easily get to popular attractions such as the opera house, several impressive fountains, and the quais of the Rhône.

Like many medieval European cities, Lyon is home to an abundance of awe-inspiring churches. The two most famous are the Basilique and St. John’s cathedral.
Basilica Notre-Dame de Fourvière 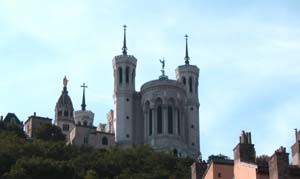 From afar visitors often mistake this brilliantly white church for a storybook castle. The inside produces a similar reaction, where the walls are lined with shimmering paintings, staircases full of marble statues, and a room displaying bejeweled items from the past. The fantastic panoramic view over the city gives the Basilica a touch of magic – don’t forget your camera.
St.-Jean Cathedral
The unique mix of Gothic and Roman architecture of this cathedral is due to its construction spanning the 12th-15th centuries. High stained-glass windows offer a soft glow to the stone craftsmanship as you meander through its wooden pews and enormous columns. Perhaps the most intriguing feature is the immense astronomical clock that still chimes throughout the day. 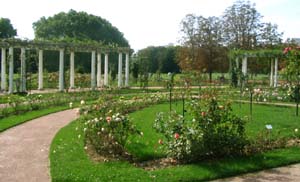 Known as “Golden Head Park” by Anglophones, this is truly one of the most magnificent features of the city. It’s more than a simple park – its many acres of rolling green grass house colorful botanical and rose gardens, shaded running and bike trails, a large, island-dotted lake, and a full-sized zoo complete with giraffes, bears, lions, monkeys, and hippos.
Take one of the paddle or row boats onto the water, read a book under the trees, or stop by an ice cream vendor for a delicious French cone. No matter who your travel company happens to be, this spot is a unique must-see that stays open until sunset. 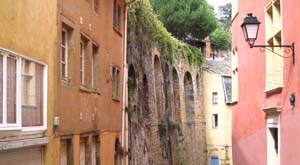 The old medieval part of the city has narrow cobblestone streets that pull travelers back a few centuries. It mixes stone buildings as well as Renaissance-style architecture, complete with soaring towers, spiraling staircases, and buildings painted in shades of red and yellow.
Not to be missed are the traboules, semi-secret passageways that run underneath and between buildings and had more than one use throughout Lyon’s history. For a more modern touch, visitors can stop in one of the many pubs located in Vieux Lyon that usually have English-speaking bartenders and serve both exquisite French wine as well as imported beers. 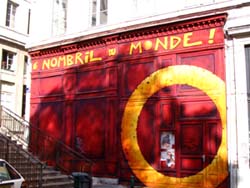 This unique Lyonnais neighborhood still portrays influence from the days of Bohemia. Thrift shops and boutiques that offer international goods line the streets, along with awesome graffiti art that prides itself in its boldness.
Also available to travelers are food and trinket shops to die for. Try a box of macarons, a yummy French treat, from a brightly painted sweet shop. Buy a vintage scarf to take home as a unique souvenir. Like Vieux Lyon, this neighborhood has its own special character that will be sure to please any culture-hungry traveler. Make sure to set aside plenty of time to roam through all the nooks and crannies.

The Gallo-Roman Museum and Ruins 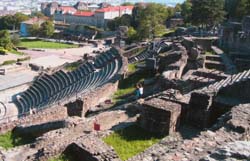 At the museum that sits just above Vieux Lyon and not far from the Basilica, the adventurer is free to walk through the displays at any pace, viewing artifacts and history from the days when the Lyonnais called themselves Roman. You’ll find the usual cracked bowls, old mosaics, and Roman artwork as you spiral down the museum from top to bottom (and take the elevator back up).
While some may wish to skip the history lesson (though for many the artifacts still hold the ability to impress), the almost fully-intact remains of a Roman theater outside is worth the visit (especially if you’re not able to make it to Italy). In fact, the remains have their own entrance, so those who wish to forego the museum can simply stroll through the theater and imagine a performance of Anthony and Cleopatra for free, or as the French say, “gratuit.”

Did you know that Lyon has an almost endless collection of murals displayed around the city? Each magnificent piece is intricately painted to look astonishingly real, and most are life-sized. While some are in plain view along the more populated streets, a large number of them are located unsuspectingly in smaller alleyways, behind buildings, and in other out-of-view areas.
With over 150 of these trompe l’oeil pieces, visitors will want to stop by the tourism office to pick up a guide and plan to include a few along the way of each daily excursion around the city.

The Marquise – An All-Night Dance Party 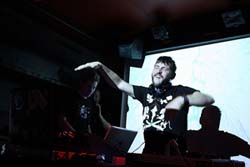 The Marquise is an all night dance party housed in the river, on one of the many boat bars and clubs. The dance floor is packed with peeps ready to groove into the early hours; even the stage is open, for anybody who wants to shake it right next to the music. The soundtrack varies each night, though you can always bet on hearing electro and dance-infused pop, rock, and rap no matter the theme. Most nights feature DJs and sometimes there is live music as well.
The high-energy atmosphere will keep people moving until closing time at around 5am, conveniently the hour when most metros, tramways, and buses start up for the day. Being out this late (or early) will also give travelers the chance to admire Lyon’s spectacular night-time beauty.
Come over to Lyon, and stay a while! Here are some travel tips to help you plan: