Tour de France: Lance Armstrong may or may not be back in 2009 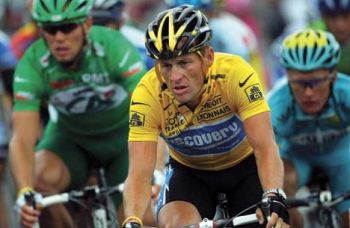 Ok, Tour de France and/or Lance Armstrong fans–there is more news out about Lance Armstrong and how he may or may not be returning to race in the 2009 Tour de France after his 2006 retirement. In an interview with cyclingnews.com recently, Armstrong said that despite telling Vanity Fair in September that he was “100 percent” going to come back for a record-breaking eighth shot at the Tour de France yellow jersey, Armstrong is in “no hurry to decide” about whether he will actually participate or not.

Apparently Armstrong is reacting to the backlash that occurred after he expressed interest in returning to the Tour and for now has not decided whether he will race or not because of “tension” with fans and organizers in France. Armstrong, who despite winning the French race 7 times, has had problems with the French attitude towards him for years.

Armstrong said of the French attitude towards him: “It is just a personal animosity. I think the way that I raced the Tour, the methodical robotic approach to racing, not showing emotion, not showing pain, suffering or ease. It’s not a popular style of racing in France. To them, panache is the guy who suffers swinging all over his bike looking like he is about to fall off. I never found that to be an effective way to try and win. To me it was also a game you played with the competitors and their coaches and the directors and the fans. We were always using that to our advantage. They [the French] didn’t enjoy that”

And, honestly, I can’t blame Armstrong for his bad feelings towards the French racing community. The summer of 2002 when I was living in Annecy in the Alps, I went and watched the Tour de France and all I heard for weeks leading up to the event were the French bitching about Armstrong. I heard a lot of, “Mais, Armstrong, c’est tout les drogues” (“But, Armstrong, it’s just all drugs”), complete with added emphasis on “drooooogues.”

Armstrong also said, “I am realistic about a lot of things when it comes to the Tour and I know there is tension between the French fans, French media and certainly with the organizers,” Armstrong told the Web site. “I don’t want to deal with it now or perhaps even in July. I don’t think we are all going to sit around and sing ‘Kumbayah.”’

>>Read the full interview with Lance Armstrong on cycling.com