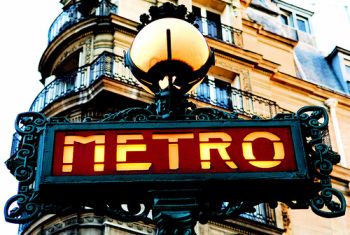 Despite nearly annual trips growing up and a stint living in Paris in 2005, I haven’t been back to Paris in a few years now and almost everyday I feel pangs of longing for the City of Lights. Limited financial resources, work and a desire to travel to new places has stopped me from returning to the city I once called home. It has certainly not been any sort of diminishing love for Paris that has kept me away so long. In fact, I miss almost everything about Paris—even Metro stations that reek of pee and the copious numbers of stupid little dogs wearing raincoats.

This winter may just be the time for me to stop wishing I was going to France and actually start looking for cheap flights to Paris. While some experts said that the airfare market had bottomed out and the incredible deals we were seeing on airline tickets to Europe and all over the rest of the world would start to rise again in the near future, travel analyst Christopher Elliott thinks that 2010 will be the year of the travel deal.

Elliott says while some “travel soothsayers want you to believe that airfares are on the verge of taking off again. They may be right. But they probably aren’t…fares will stay depressed until business travelers jump back into the game.” So, now you may be asking, when are business travelers going to start boarding planes again? Some say Fall 2010. But who knows.

Elliott’s article also discusses how using social media can also be an excellent way to score great deals on everything from cheap Paris hotels to your airfare. Lufthansa spokeswoman Jennifer Urbaniak says that, “Social media has quickly become a new sales and loyalty channel for airlines,” and that her airline sees social media as a way to offer special Internet-only discounts on tickets next year — and she expects other airlines to do the same.

This means hoping on the Twitter train (and no, you won’t be required to tweet what you had for breakfast or follow Ashton Kutcher) could actually give you the in on deals you won’t find anywhere else.

In fact, last year several 450 people snagged round-trip airfare to Europe for just $250, including taxes as part of an STA Twitter promotion. Using Twitter can also be a fantastic way to find a new great online Paris Travel Guide, win free trips, find a killer deal on cheap Paris hotels, or even score a deal on one the flash fare sales sometimes offered on the social networking site.

Wendy Perrin, who writes a daily deal column for Conde Nast Traveler recently wrote an article about How to Tweet Your Way to Amazing Travel Deals and heading her advice could just get me, and potentially you, to Paris for a whole lot cheaper.

If you’d rather avoid the Social Media thing and try to see Paris on the cheap the good old fashioned way, finding the best hostels in Europe and planning your vacation around these budget accommodations in usually expensive cities can be a great way to go.