What to Wear in France in the Winter 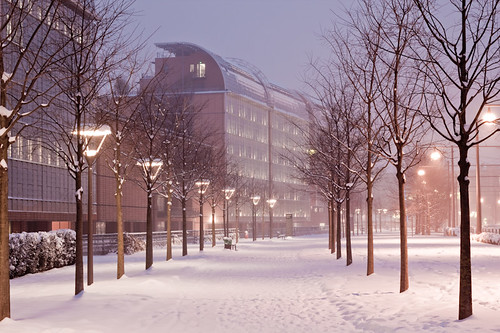 Winter in France is probably the most diverse, weather-wise. The south can be wet or dry, but not too cold; the Alps are ripe for skiers; and the west can just be downright brutal, depending on the whims of the Atlantic.

But, that’s absolutely no reason to stay away. As France continues only to grow as a popular tourist destination, there are an increasing number of savvy travelers who choose the winter months to explore the country. Christmas in France is especially charming; if you’re sick of singing snowmen and rampant commercialism, a holiday visit to France can make you feel like the magic of a traditional Noël. (And while you’re there, you may as well stay for New Year’s Eve!)

And, with that comes every fashionista’s dilemma of what to wear in France in the winter. So, let’s take a look at what the world’s most fashionable people are wearing when they bundle up and brave the cold.

>>Read what you can expect from the weather in France.

Here’s what I’ve seen out and about in the last six years of French winters, when I’ve bothered to lift my head out of my many layers. As always, there are exceptions to these generalizations.

My one big piece of advice is to layer. It may be freezing outside, but inside it’s probably hotter than hell. And you know those cute little back street bistros you love to eat in? Plan on being seated by the door and getting a nice shock of cold air as the place fills up. No, the water won’t move you, and no, there’s nothing they can do to help. Suck it up and drape that sweater you just peeled off around your neck and shoulders. This is acceptable for men and women to do.

>>Or, just warm up with a wintertime drink! Read about making vin chaud.

How Young People Dress in France in the Winter

To be honest, I can’t really tell the difference between how girls and guys dress, up to about 20 years old, in France. They’re a pretty fashion-forward bunch, although there seems to be a general disdain for outerwear that truly warms the body.

Instead, young people tend to be wrapped in many layers of unidentifiable clothing – a combination of sweaters, scarves (yes, more than one scarf), hoodies, and the like. When I’ve seen them in coats or jackets, they fall as far above the butt as possible – hungry little coats, really.

While I don’t recommend this, particularly if you’re visiting Paris in the winter, I’m just telling it like I see it.

Girls like those long sleeves that they put on under the sleeves of their clothing, with either a thumbhole or cut-off glove fingers at the end of them. Young guys seem to be content to have their hands fall off from hypothermia. Again, not recommended.

How Adults Dress in France in the Winter

Grown-ups between, say, 20-ish and 50 dress sensibly, and generally with great care taken to make sure the outerwear goes with their general look – sporty, formal, corporate, etc. If I had to nail it down, I’d say the general look is right out of a J. Crew catalog.

And they have proper footwear – you rarely see someone slogging through rain or snowdrifts in sneakers. They have boots. Nice ones. Or colorful Wellies for the slushy days.

They’re not afraid to wear their nice clothes, though, even in the most inclement weather. They cover up good, but even on a snowy day in Paris you’ll see, for example, people in a restaurant who are dressed like it’s a beautiful fall day once they take off their outerwear.

So, my dear traveler, don’t think just because it’s cold it’s time for your snow shoveling outfit. Keep it classy!

>>Read more about France in December, January and February.

How Older People Dress in France in the Winter

Watching older people in the winter makes me so psyched to grow old here. They are by far the most fabulous of the fab. They bought their fine cloth coats or camel hairs or, yes, even capes back when clothing was made well, and they’ve maintained them to within an inch of their lives. Seniors, if you’re going to France in the winter, it’s time to bust out the Sunday-go-to-meetin’ coat and wear it in confidence.

Older men rock the hats, from newsboy caps to fedoras. With matching scarves. And leather gloves. Oh, you silver foxes! They cut a dashing figure. Even casually dressed, a hat is not unheard of, usually with a pea coat or car coat.

Older women don’t shy away from brooches, whether as a decoration on a coat or to secure a wrap. They actually tend to wear the same coat all winter, no matter the weather; you know the kind, button-down with the nice collar, falling usually to the knee.

Both men and women usually tend toward unsightly rubber galoshes over their shoes, although I’ve seen little old ladies hobbling around in fashionable winter boots.

How French Children Dress in France in the Winter 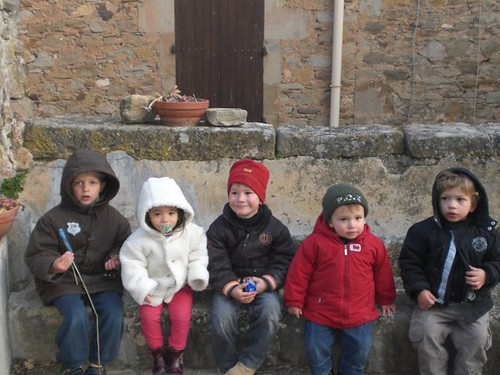 They are tiny, adorable, almost completely spherical beings whose facial features you can barely see under the outerwear. Bundle those kids up, because old French people will totally take you to task for letting a draft reach your little one’s skin.