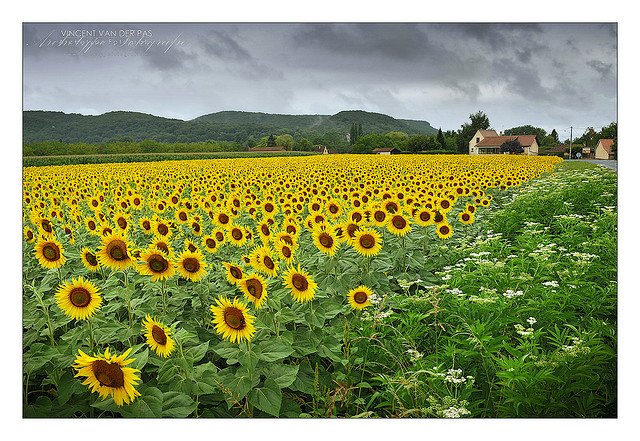 Get out of Paris.

When people go to Italy, they rarely stay in one city – they’re always heading along the Rome-Florence-Venice corridor, or they’re off the Cinque Terre, or they’re weekending in Tuscany. And it makes me so sad that the same cannot be said for the vast majority of people who visit France, who seem to get stuck in the vortex swirling around Paris. And that goes for people who are there for, like, ten days!
Get out of there! You guys, there is SO MUCH to see in France, and it’s so different than Paris, and will just astonish you and delight you and make you feel like you’ve really traveled, without having gone very far at all. Please, I implore you, even if it’s just for a couple days, leave Paris – I promise, it’ll be there when you get back – and experience a country that is proud, beautiful, humbling, and freaking delicious.

Indulge your passion.
I don’t care what it is you like to do; chances are you can do it in France. There’s hiking, skiing, water sports, cooking, wine tasting, beach-going, nudist colonies, surfing, canoeing, perfume making, art, architecture, history from every conceivable angle and era, fashion, antiques, religion – if you’re looking to completely immerse yourself in what you love, by all means, come and do it here. You can even go on a volcano tour! I will even help you – holla at me on Twitter @WhyGoFrance.

There are little yellow machines at the entrance of each train track; make sure to validate your ticket before boarding the train, or else you’ll get fined and a condescending look from the conductor, neither of which you want.

Speak the language as best you can.

I have a theory as to why the French seem so impossible with their language standards, which I’ve explained here. But honestly, is it too much to ask to learn a couple simple phrases? No, no it isn’t, and it’s a sign of respect that you do as a visitor to someone’s country. If you can remember your flight number, you hotel name and what day it is, you can remember a few simple phrases. Look, I’ve even helped you with this:

Bull stew, calf’s brains, tripe, wild boar sausage, ox tail, horse meat… try it all. Because I promise you, nowhere in the world do they make these obnoxious foods better than in France. If after you’ve given it your best shot here you still don’t like it, then OK. Here are some golden rules for eating in France. And:

Know when things are closed.

Major cities like Paris, Lyon and Marseille offer some exception to this rule, but for the most part, everything is going to be closed on Sunday, most things like stores are closed on Monday, most restaurants are closed at least one random weekday per week, and if you’re in France on a major holiday, then plan ahead if you want to do something crazy like, I don’t know, eat.

Take the time to enjoy your meal.

I’m a huge fan of street food and eating on the fly, but to me an essential part of the French experience is a full-course meal at a restaurant. Food, from its growth to preparation to consumption, is seen as something that is as important to French culture as any other legacy, and that is reflected in every meal you eat in France – even at the humblest of taverns.
Order every course on the menu, and block out enough time to enjoy them. Because, you see, French service doesn’t in fact suck – they are showing you respect by giving you enough time to have your meal at a human pace. It’s not something we see every day, I know, but it’s an art that’s alive and well here. You should be mad if they rush you through a meal, not if they leave you be for a while.

You know how I said I love eating street food on the fly? I developed this obsession not at the food trucks in the hipper cities of the U.S., but here in France – with their pastry shops and bakeries and chocolatiers and other delectable vendors of good repute. Whether you sit down to have a coffee and a pastry or grab a ham-and-cheese on a baguette as you’re running for a train, don’t deprive yourself of these treats. They are a part of sybaritic French life. Life’s too short not to have a croissant au beurre.

Yeah, I know, another food tip – I can’t help it. If there’s something else you want to know, just ask me.
Anyway, you hear this a lot and it sounds like pretty much the snobbiest thing ever, but it’s really for your own good. First of all, if you’re first in the door they’re not up to speed yet and you won’t get the best of what the chef has to offer. Second, you don’t want to eat in an empty restaurant, because that’s just depressing. Third, see my tip above about enjoying your meal; unlike in America, meals are the main event of the evening, not a precursor to some other thing you’re rushing off to do. What are you gonna do, go back to your hotel and watch French TV all night? And lastly, when in France, do what the French do.
Photo: Vincent van der Pas