How to Plan a Trip to France 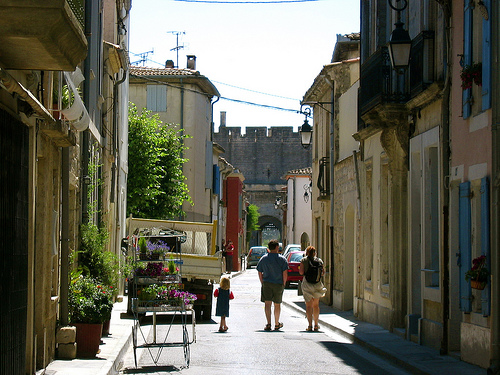 Despite being a card-carrying travel addict and having lived in the South of France for over five years, when I took over the reins of this much vaunted France Travel Guide even I was overwhelmed by the embarrassment of riches France offers to its visitors. For only being the size of Texas, France is so varied and so delicious – in every sense of the word – it can seem impossible to narrow down one’s choices to a doable France vacation itinerary.
But do not despair, intrepid Francophiles! I’m here to help with a map – a thought map, that is – that will help you plan your dream trip to France. And, yes, even though I’m a very vocal advocate for resisting the allure of Paris, the City of Light will be included. Let’s get started, shall we? Those plane tickets aren’t going to buy themselves!
>>Before you begin, orient yourself with this map of France and read the basics on our France First Time Visitor Guide.

1. When are you planning on going to France?

For most travelers, it’s this more than any other factor that guides their vacation plans. You can’t go when the quarterly reports are due, or when little Sally has her recital, or during the World Series. So, the first thing to do is clear your calendar.

2. How long will your vacation be?

Did you find a great fare for a long weekend? Is this your yearly 10-day vacation? Are you planning on traveling through the country to get from England to Italy or Spain, and therefore have a set length of time you can spend in France? Get the exact dates down pat. You should note here that most flights from the U.S. to France deposit you into Paris in the morning, and most flights back to the U.S. leave in the morning. That gives you an “extra” day on the front end, but will affect your plans on the back end. More on this below.

3. What time of year have you chosen?

This is the first thing that will get you focused on exactly where you’ll be going in France, and what you’ll be doing once you get there. If you’re going in August but hate the beach, or if you’ve planned for a Christmas break getaway but can’t ski to save your life… you get the idea.
>>Read more about the weather in France to get an idea of what you can expect.

4. Do you have a specific activity in mind?

You may think this would be the one question that would clinch the deal, but nay. For example, say you wanted to learn more about French wines or tour vineyards. Well, the French wine regions in which you can do that vary wildly, and are scattered throughout the country. The same goes for ski destinations, beaches, art, culture, history; you name it, France has got it in spades – and it’s all over the freakin’ place.
>>Stumped? Read more about things to do in France.
Now that you know when you’re going, how long you’re going for and what you want to do, you can start to plan your trip. Here on the France Travel Guide we have tons of itineraries and activities to spark your imagination; but for the purposes of hammering out a general plan, here are the remaining things to factor into your trip:
For the first day and night of your trip, stay in Paris, where you’ll most likely be arriving. Don’t try to hop on a train or rent a car to get to your destination immediately. For one thing, that assumes too much in terms of scheduling. If your flight is late, you’ll start off stressed out and running around trying to catch up. For another, you’re going to be tired and cranky – and the antidote to that, my friends, is a nice hot shower, a long lunch in a Parisian brasserie, and a stroll through the city.
When leaving, keep in mind that on your last full day in France you’re going to want to head back to Paris and spend the night. That way the only thing you have to do the next day is get to the airport – not catch a train and then fly, or stand in line waiting to return the car, worrying about missing your flight.
That being said, if you don’t have that kind of time, look into connecting flights that will get you in the general vicinity of where you want to go. Air France partners with many major airlines, so chances are you could fly into Paris and connect to another major city in France without much additional cost or hassle.
And that being said, if you simply can’t imagine going to France and not visiting Paris, consider an open-jaw ticket. That’s where you fly into one city and out of another. So you could tack on Paris to the beginning or end of your trip without wasting too much vacation or travel time.
Speaking of which, a note about travel time: While you may be a fearless international driver, permit me to mention here that trains really are the way to go. Whereas getting from Paris to Nice by car would take you 8-9 hours – and that’s without traffic – the super-fast TGV train can get you there in 5.5 hours. That’s the difference between having a fresh seafood lunch by the sea and a crappy packaged lunch in a rest stop off the highway.
Check out this France distance calculator to give yourself an idea of just how far away everything is from each other. Note these distances are in kilometers; a kilometer is 6/10 of a mile. So if something is 100 kilometers away, it’s 60 miles.
I’ve linked to some of the more popular posts about planning a trip to France throughout this post, but as we continue to write out specific France vacation itineraries we’ll be posting them here as well. So, bookmark this page and check back often for updates! And, as always, if you have any specific mentions you can write to me at france@whygo.com, or hit me up on Twitter @WhyGoFrance.