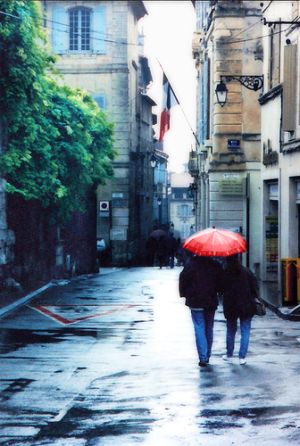 Although it can still be a little on the chilly side, March can often be the last month until late fall when you can travel in France on a super tight budget and avoid the tourist swarms that descend on this number-one travel destination during the summer months. With great deals on airfare, hotels and packages aplenty during this time of year, all the money you’ll be saving on the trip can buy you an extra scarf to keep warm as you cruise the streets of Paris or hit the slopes in the Alps – March is also a fantastic time to go skiing in France. And with Easter in France just around the corner, you’ll start to see some incredible Easter displays in the windows of shops and chocolatiers.

Of course, there is also no better place to be than Paris in the springtime, and late March in Paris will often start to bring the first signs of returning life and beautiful blossoms.

Holidays and Festivals in March

While the big Carnaval in Nice celebrations have come and gone by March, there is still a chance to over indulge during Easter in France, which often falls towards the end of March. Even if you miss Easter Sunday in France, in the early weeks of March you will start to see candy and chocolate shops around France fill their windows with displays of Easter candy. With chocolate bunnies tempting you around every corner, chocolate lovers will definitely not want to stick to a diet when visiting France in March.

As with any month or season in Paris, the weather in March across France will vary depending on what region you find yourself in. In the Alps, you are sure to still find lots of snow and cold days, while temperatures in Paris will be in the low 50s. Spring can also be a very unpredictable time weather-wise in France. You can get anything from warm, sunny and almost late-spring like days to cold blustery winds and snow.

>>Check out average temperatures and more about Weather in France

Because the temperatures and weather can fluctuate so much and are relatively unpredictable in March, the key to packing for this time of year is to be prepared for anything from a cold winter day to a warm spring one and bring things to layer with. In fact, very similar guidelines should apply when you are deciding what to wear in France in March as what you would wear in France in the winter.

>>Check out What to Wear in France in the Winter

Getting to France in March

March is actually a fantastic time to get a great deal on airfare to France. In fact, because March is cusped in between two busier travel seasons, the airfares tend to be very low. Because the coming of Spring after Easter in France signals the beginning of higher tourist traffic, March is often the last month until October that fares will be at their low-season prices and you can get a cheap flight to France.

Again, because March is on the end of the shoulder season, hotels in France have a lot of big discounts and great prices during this month. With the weather in France getting warmer, but the low-season prices still in effect at France hotels, this is a great time to travel around the country.

These low-season prices also apply to hostels in France, and you can still take advantage of these lower prices even if you are a backpacker or budget traveler.